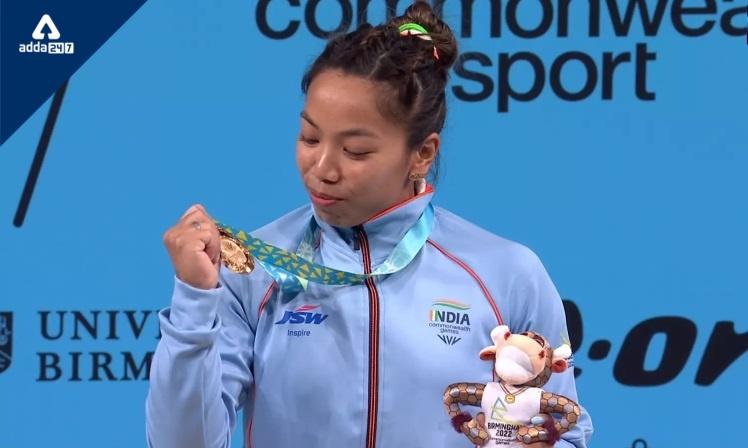 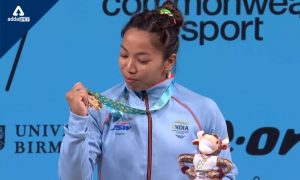 Daughter of India, weightlifter Mirabai Chanu has won India’s first Gold Medal at the Commonwealth Games 2022 in the Women’s 49Kg weightlifting category. She aggregated a total of 201kg (88kg+113kg) to stamp her authority in the competition and achieve a Commonwealth Games record in the process. The silver went to Mauritius’ Marie Hanitra Roilya Ranaivosoa (172kg) and the bronze to Canada’s Hannah Kaminski (171 kg).

About the Mirabai Chanu:

You can also read: