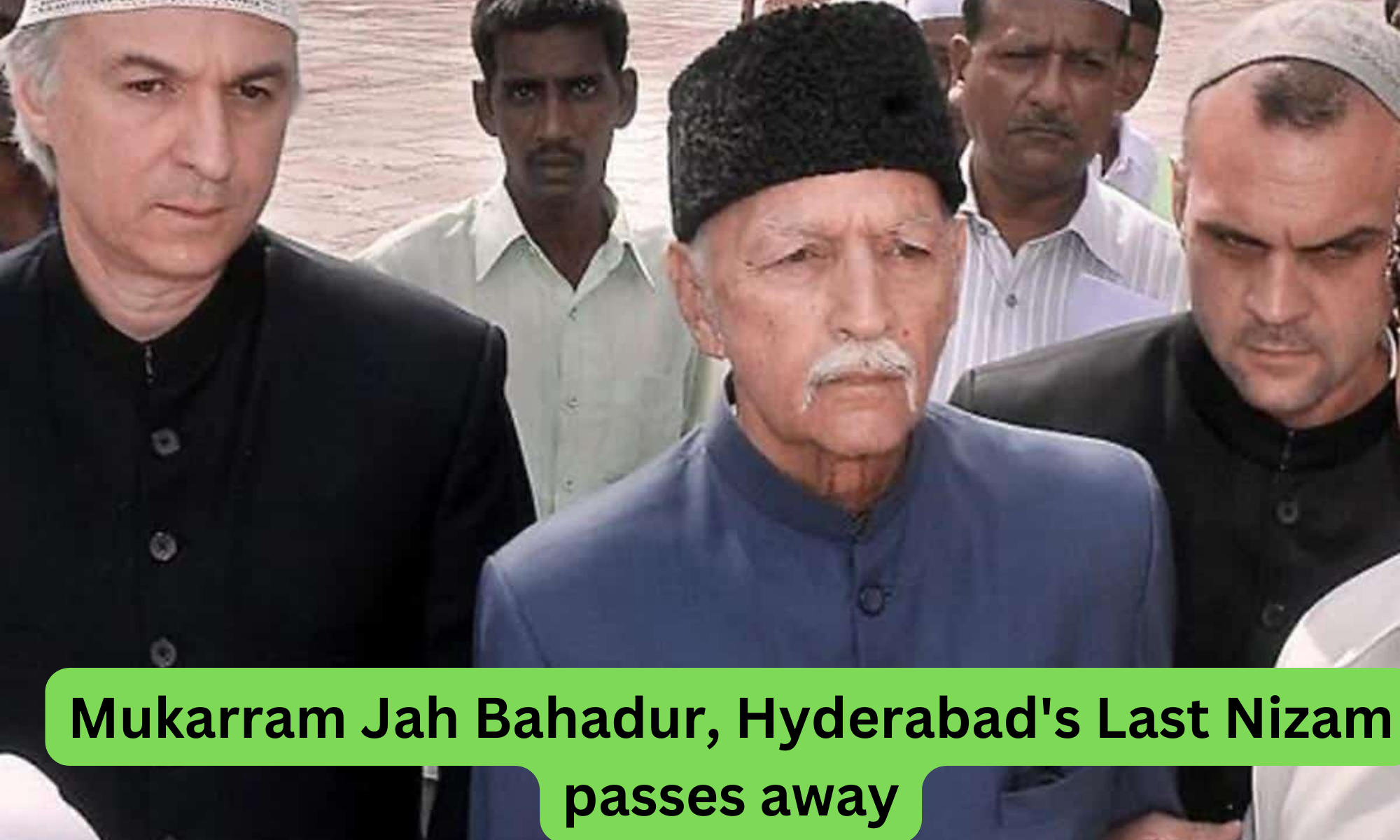 Last Nizam of Hyderabad Passes Away

The last Nizam of Hyderabad, Mukarram Jah Bahadur, who passed away night in Turkey, will be buried in the family vault in the Mecca Masjid courtyard. The preparation of the vault where other members of the Nizam’s family who governed Hyderabad starting in 1724 are buried was overseen by representatives of the Nizam Trust.

Only the Chowmahalla and Falaknuma are under the ownership of the family; following the Police Action, the Indian government recognised three palaces and jewellery as being personal property of the Nizam. While the Chowmahalla is a ticketed heritage monument with some areas, including the library, under the family’s control, the Falaknuma is now a luxury palace resort run by the Taj Group. Realtors have also purchased the Nazri Bagh palace, where Nizam Osman Ali Khan spent his dying days.

In a statement, Chief Minister K. Chandrasekhar Rao expressed sympathy to the Mukarram Jah family members who lost their loved one on Saturday night in Istanbul. In honour of Mukarram Jah’s dedication to the underprivileged and in need in the fields of education and healthcare as the Nizams’ successor, the Chief Minister has instructed Chief Secretary Santhi Kumari to conduct Mukarram Jah’s final rites with full State honours.

After the mortal remains arrive in Hyderabad, Government Advisor A.K. Khan has been given the responsibility of deciding the funeral’s date and location based on the wishes of Mukarram Jah’s family.