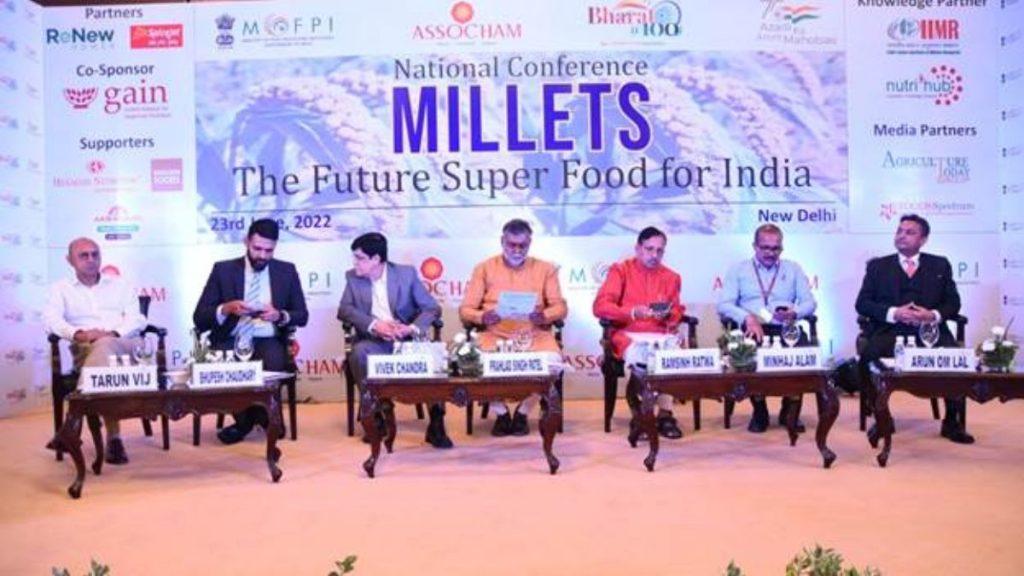 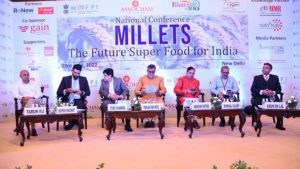 Union Minister of State for M/o Food Processing Industries, Prahlad Singh Patel has inaugurated the National Conference on Millets. The theme of the conference is ‘The Future Super Food for India’ in New Delhi, organised by industry body ASSOCHAM with the support of M/o Food Processing Industries. The conference has been organised to discuss opportunities and challenges in ensuring food and nutritional security.