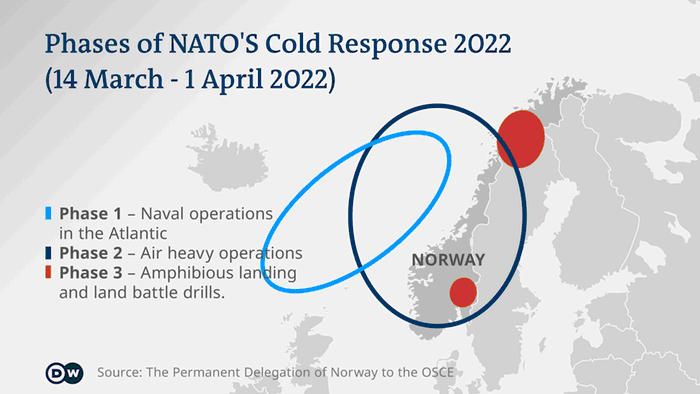 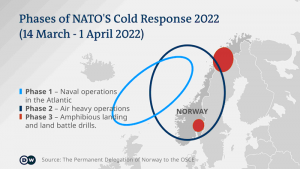 The North Atlantic Treaty Organization (NATO) has organised the massive military drill ‘Cold Response 2022’ in Norway from March 14, 2022, and will continue till April 01, 2022. The exercise is held in Norway every second year, for NATO Allies and partners. Cold Response is a long-planned and defensive exercise where Norway and its allies exercise in defending Norway against external threats. The exercise has been planned and informed about long before the war in Ukraine.

The Norwegian-led exercise provides an opportunity to train together in cold weather conditions over challenging terrain and demonstrates NATO’s ability to respond decisively to any threat, from any direction. Around 30,000 troops from 27 nations are taking part in the 2022 edition of the exercise, with about 220 aircraft and more than 50 vessels. This is the largest ‘Cold Response’ being exercise conducted in Norway since the 1980s.