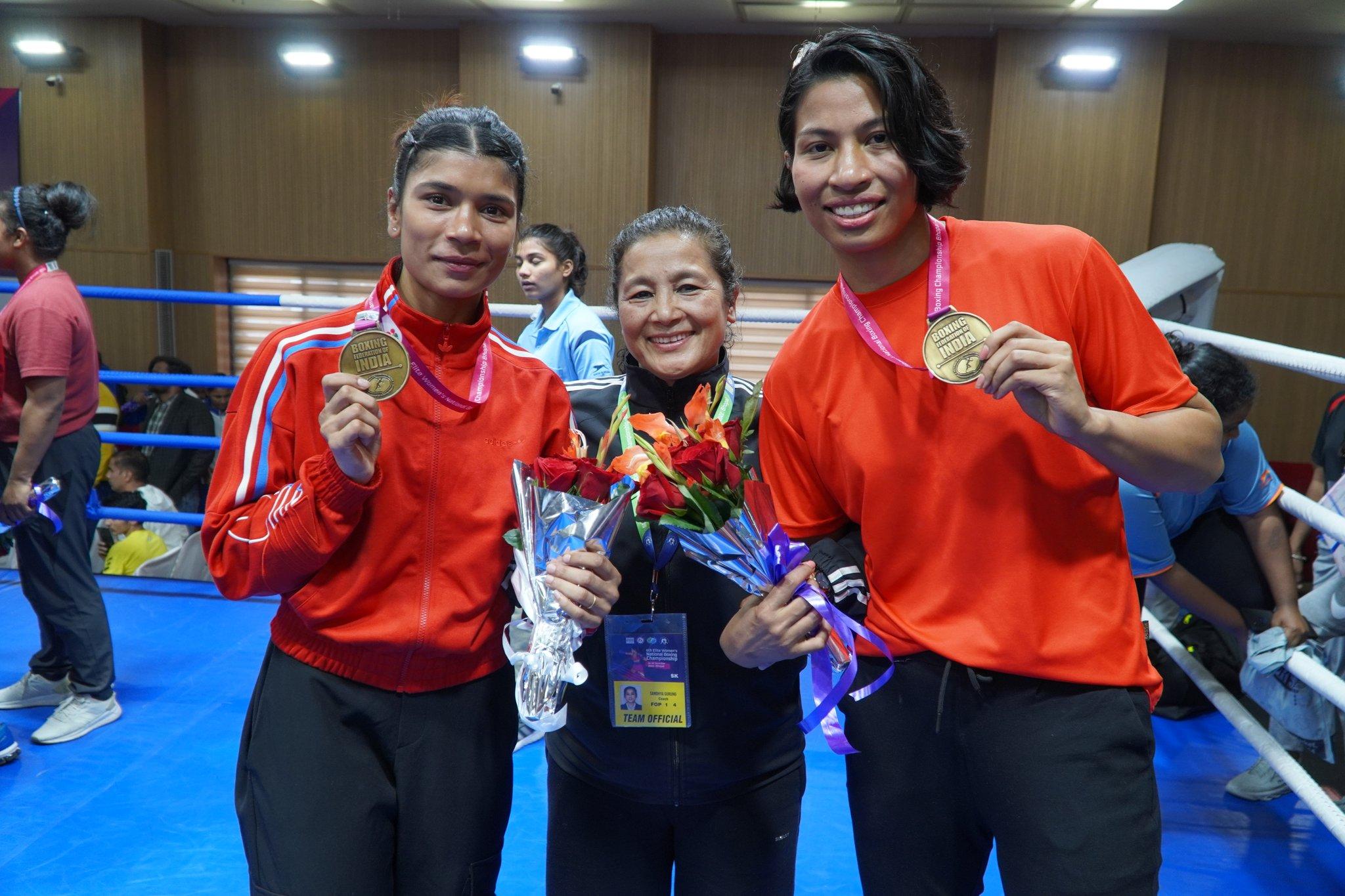 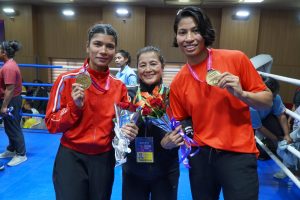 Telangana Boxing star and the reigning world champion, Nikhat Zareen, and Lovlina Borgohain, the bronze medalist from the Tokyo Olympics, both won gold medals in their separate finals in the Elite Women’s National Boxing Championships. The Railway Sports Promotion Board won the team trophy with ten awards in the 6th Elite Women’s National Boxing Championships in Bhopal.

Lovlina of Assam defeated Arundhati Choudhary of the Services Sports Control Board (SSCB) 5-0 in the 75kg final, while Nikhat endured a hard test from Anamika of the RSPB in the 50kg final before the 26-year-old Telangana pugilist won 4-1 to defend her championship.