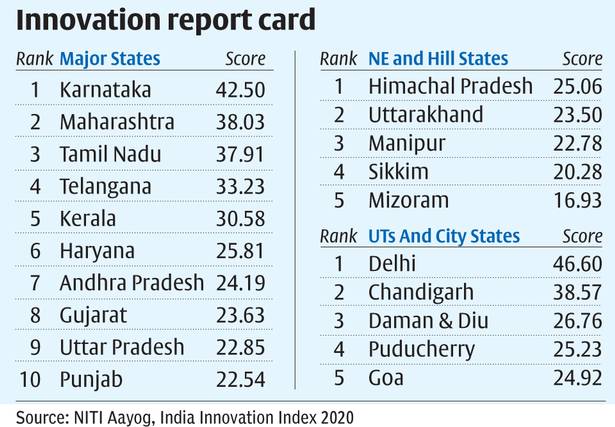 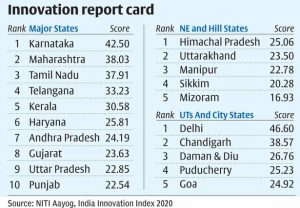 NITI Aayog released the second edition of the India Innovation Index on 20 January 2021, along with the Institute for Competitiveness. India Innovation Index 2.0 or 2nd edition has released by NITI Aayog Vice-Chairman Rajiv Kumar. The index demonstrates the government’s continued commitment towards transforming the country into an innovation-driven economy. The report examines the innovation capabilities and performance of the states and union territories.

The innovation index ranking is based on five enabler parameters: