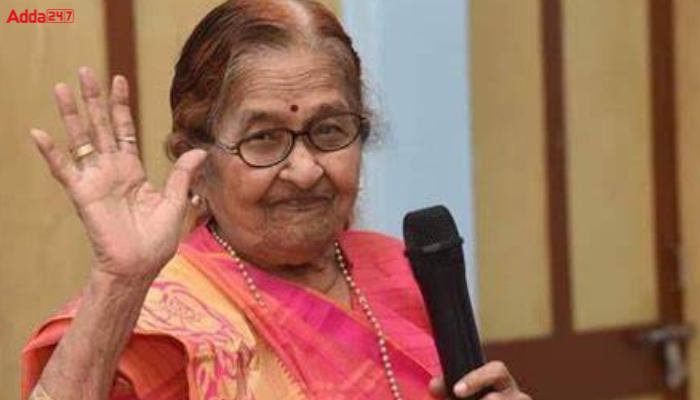 She has organized canteens for the poor and coordinated the All India Women Council’s “Vatta Banks” to assist Gujarat flood victims. In 2022, Prabhaben Sobhagchand Shah received the Padma Shri which is India’s 4th highest civilian award for social work in Dadra and Nagar Haveli and Daman and Diu.

Prabhaben Sobhagchand Shah was born on 20th February 1930 in Bardoli, Surat district, and settled in Daman in 1963. She decided to be a social worker at the age of 12 and she established Gujarat medium school Bal Mandir. In 1963, she established the women’s association named Mahila Mandal and began to take part in various activities related to women and children who are deprived of education.

Prabhaben Sobhagchand Shah and her team of Mahila Mandal have created a credit organization to offer loans to women who wished to start a small business like papad manufacturing, tailoring, or running grocery stores. She was also elected to the defense committee in 1965 and 1971 during the Indo-China war and Bangladesh Partition. She served on the Board of Directors of the Gujarat State Social Welfare Advisory Board in Ahmedabad from 1992 to 1994. In 1998, she served as a Dowry Prohibition officer and was later nominated to the District Legal Advisory Committee of the Daman and Diu in 2001.

World’s oldest person, Lucile Randon passes away at the age of 118