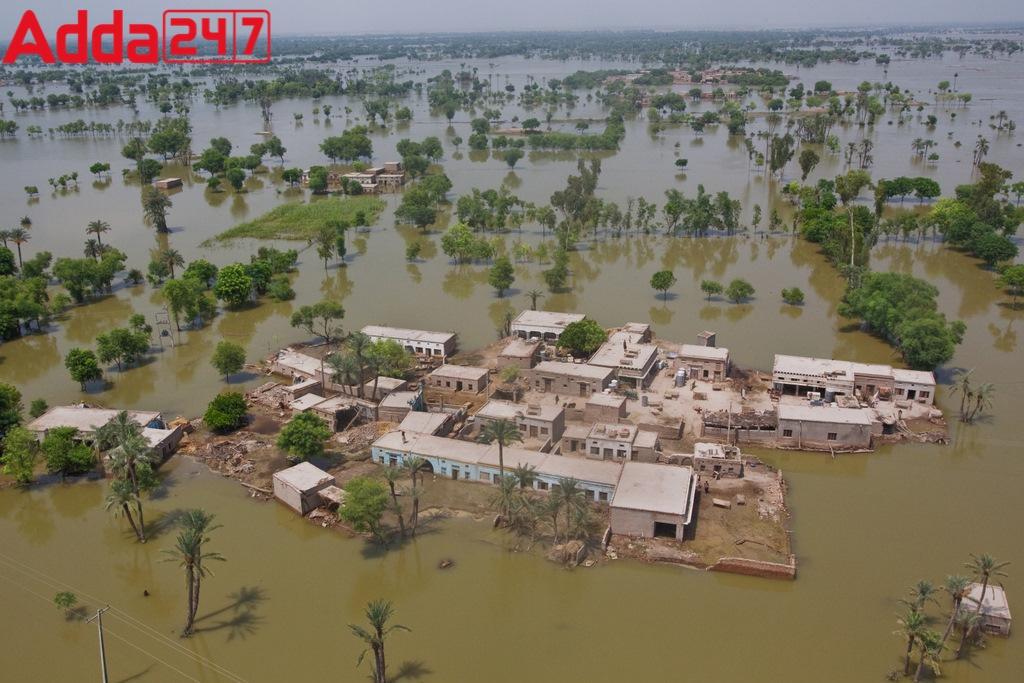 At least 33 million people have been affected by deadly flooding in Pakistan, the country’s climate change minister said. Since mid-June, 937 people have died from severe rain and flooding across the South Asian country, according to the country’s National Disaster Management Authority (NDMA). Sherry Rehman, the minister for climate change, called the floods “unprecedented” and “the worst humanitarian disaster of this decade.” “Pakistan is going through its eighth cycle of monsoon while normally the country has only three to four cycles of rain,” Rehman said. “The percentages of super flood torrents are shocking.” She highlighted in particular the impact on the south of the country, adding that “maximum” relief efforts are underway.

The Most Affected Area:

The southern province of Sindh, which has been badly hit by the flooding, has asked for 1 million tents, while neighboring Balochistan province — largely cut off from electricity, gas and the internet — has requested 100,000 tents. The NDMA, Pakistani Army, and the Provincial Disaster Management Authority are working to assist those affected — but there is a “dire” need for shelter and relief due to the rising number of homeless and displaced families.

Pakistan’s Prime Minister Sharif briefed international diplomats on the crisis, stating that his country — on the frontline of climate change despite a relatively small carbon footprint — must focus its rehabilitation toward greater climate change resilience. Minister for Planning and Development Ahsan Iqbal separately told Reuters that 30 million people had been affected, a figure that would represent about 15% of the South Asian country’s population. UN agency Office for the Coordination of Humanitarian Affairs (OCHA) said in an update on Thursday that the monsoon rains had affected some 3 million people in Pakistan of which 184,000 have been displaced to relief camps across the country.

Rehman said Sindh has received 784% more rainfall this month than the August average, with 23 districts declared calamity-hit. Another of the hardest-hit areas has been in nearby Balochistan, with the province’s capital city Quetta largely cut off from electricity, gas, and the internet. Almost 500% more rainfall had fallen in the province, Rehman added, leading to electricity and gas services being suspended in most areas of Quetta since Thursday morning, according to the Provincial Disaster Management Authority. Severe disruption to cell, internet, and landline phone services in the city have caused problems to rescue operations, leading the Balochistan government to request the Pakistan army’s help in rescue efforts.

Floods And The Monsoon:

Every year, Pakistan struggles to cope with the monsoon season, which batters the country from June through August and which sets off widespread criticism over poor government planning. But the season this year has been particularly brutal, offering an urgent reminder that in an era of global warming, extreme weather events are increasingly the norm, not the exception, across the region — and that Pakistan’s major cities remain woefully ill equipped to handle them.

Pakistan has long ranked among the most climate-vulnerable countries in the world, according to the Global Climate Risk Index, which tracks the devastating human and economic toll of extreme weather events. The country is estimated to have lost nearly 10,000 lives to climate-related disasters and suffered about $4 billion in losses between 1998 and 2018. Already, there are signs that the climate-related devastation will worsen in the coming years, experts say. The rains this year have been 87% heavier than the average downpour, according to Sherry Rehman, the country’s minister for climate change, who linked the new weather pattern to climate change. She warned that the country should prepare for more flooding and damage to infrastructure as its glaciers continue to melt at an accelerated pace, causing flash floods.