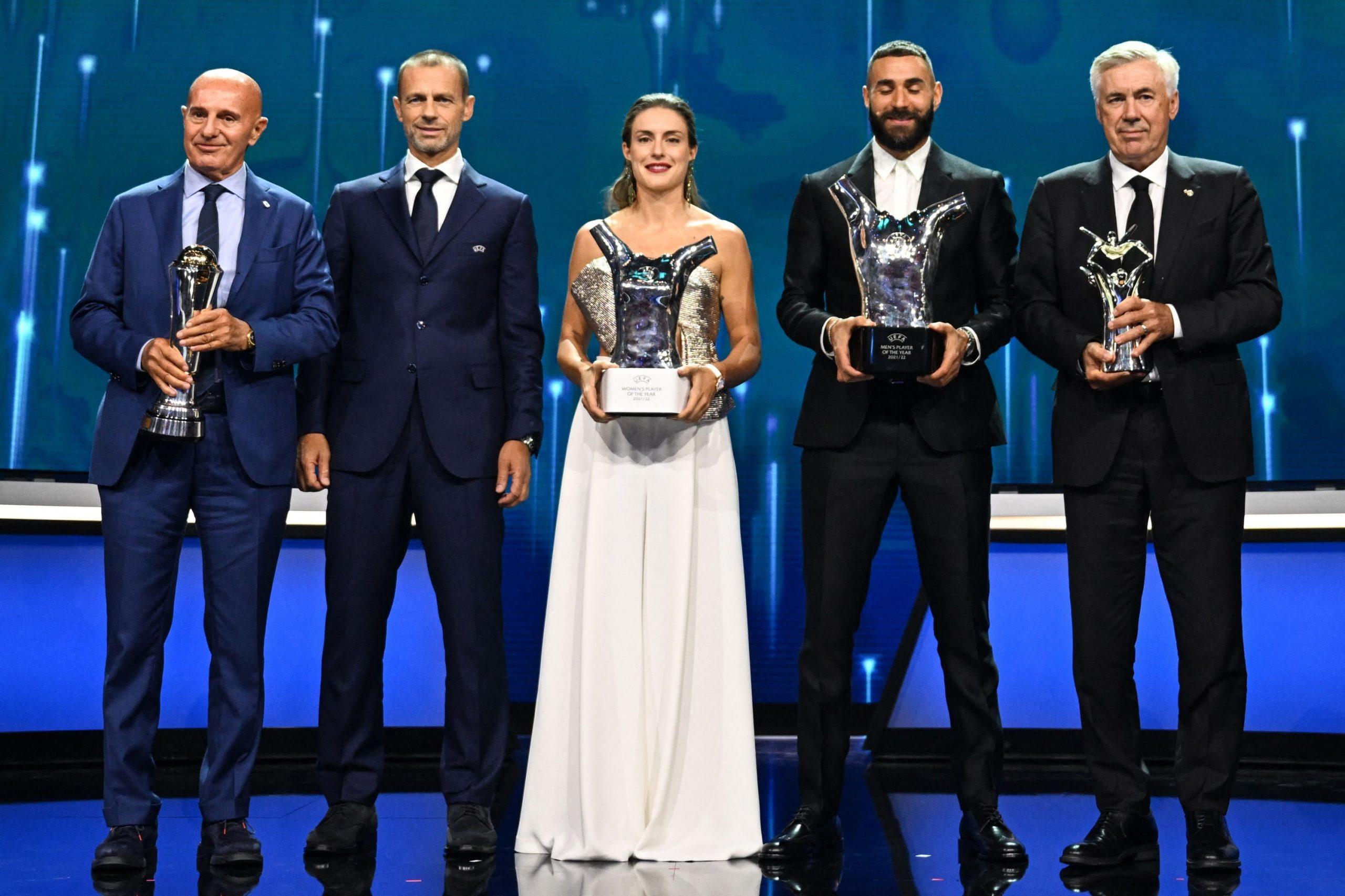 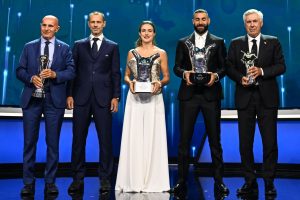 Karim Benzema and Alexia Putellas were rewarded for outstanding seasons by winning the UEFA men’s and women’s player of the year prizes at a ceremony in Istanbul, Turkey. France striker Benzema captained Real Madrid to victory over Liverpool in the Champions League final and scored 15 goals in the competition, while Putellas was the top scorer in the Women’s Champions League, helping Barcelona reach the final which they lost to Lyon.

The coaching awards went to the winners of the two biggest events last season: Carlo Ancelotti of Madrid and Sarina Wiegman, who led England to the Euro 2022 title.