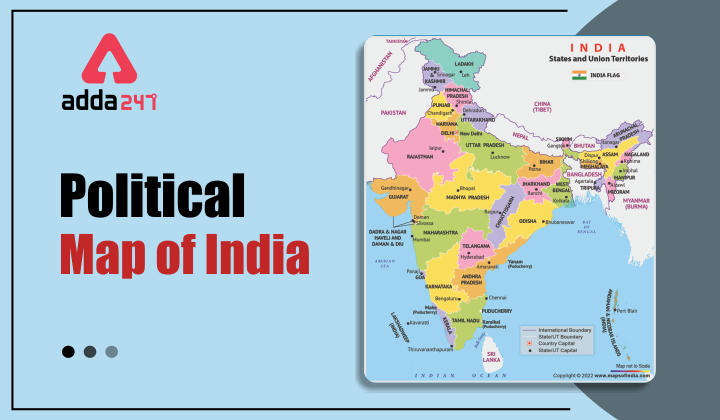 In India, there are 28 states with 8 union territories. India has a coastline of 7,517 km, out of which 5,243 km belongs to peninsular India and 2094km belongs to the Andaman and Nicobar and Lakshadweep Island. There are six major zones of India, east, west, north, south, northeast, and Central India. The political map of India has been changed after the division of Jammu and Kashmir and Ladakh as two different union territories on 31st October 2019.

States and capitals of india 2022

The Jammu and Kashmir reorganization act of 2019

Provisions of the Jammu and Kashmir reorganization act

Restrictions and movements after the Jammu and Kashmir reorganization act

After the implementation of the Jammu and Kashmir reorganization act, the new union territories observed a complete lockdown and communication blackout. The restrictions in Kashmir were longer than in Jammu. The communication blackout was the longest in any democracy in history. From 5 to 6 August 2019, it was an emotional and anxious period for the people of Jammu and Kashmir. People were not happy with the decision taken by the government but no one was willing to speak on camera. People were expressing their anger which was a complete disaster. People criticized the government and called them “Iblees” which means Satan. This act also attracted the attention of foreign newspapers and news channels to which the Indian journalist said that it is not their responsibility to cover the protests in India, the change in Kashmir’s status has shifted their focus.

FAQs related to the new political map of India