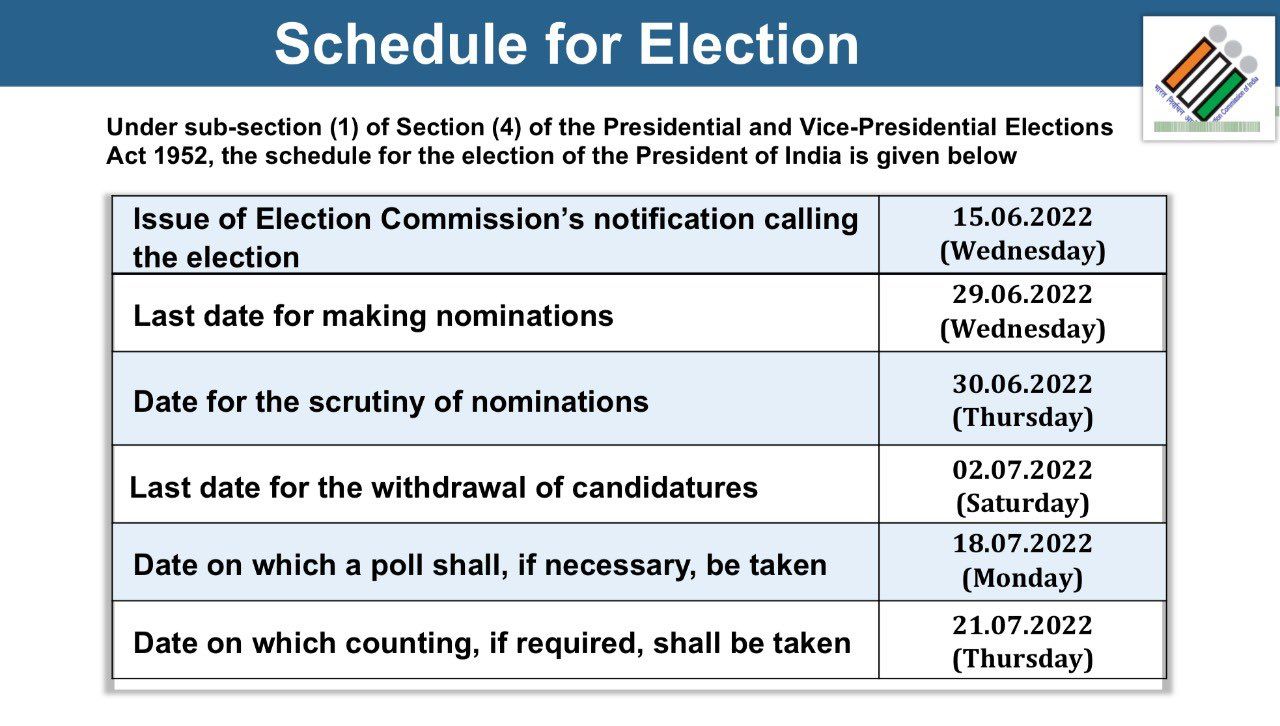 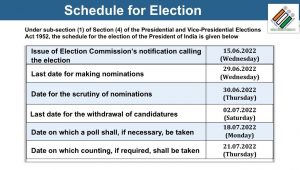 The election to choose the next President of India will be held on July 18 and the results will be announced on July 21, Chief Election Commissioner Rajiv Kumar announced. The term of President Ram Nath Kovind ends on July 24. Ram Nath Kovind had received over 65% votes in 2017. Electoral college for President’s Election comprises 776 MPs and 4033 MLAs, Total 4809.

How a president is elected?

Under Article 58, a candidate should fulfill the following eligibility conditions to contest the election to the Office of President: –

1. Must be a citizen of India,
2. Must have completed 35 years of age,
3. Must be eligible to be a member of the Lok Sabha,
4. Should not be holding any office of profit under the Government of India or the Government of any State or under any local or other authority subject to the control of any of the said Governments.