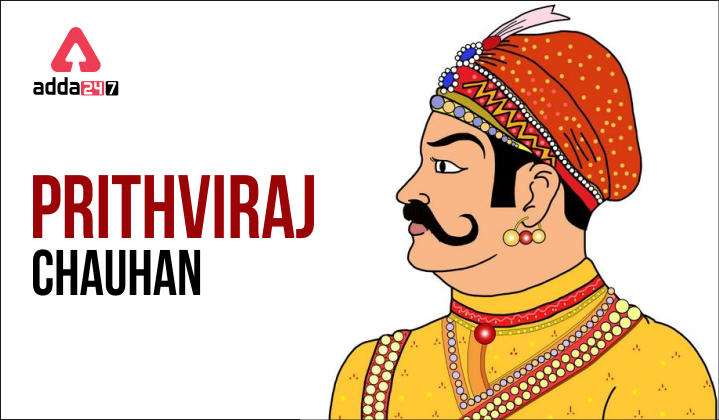 Prithviraj Chauhan was a king from the Chauhan dynasty and was also known as Rai Pithora. He ruled over Sapadalaksha, with his capital at Ajmer (at present-day Rajasthan). He took over the kingdom at a young age and his kingdom stretched from Thanesar in the North to Jahazpur in the south. In 1192 CE, the alliance led by Prithviraj Chauhan included several Rajput Kings and it defeated the Ghurid army which was led by Muhammad Ghori in Taraori. On the same battlefield in 1192 CE, Ghori came back with Turkish mounted archers and defeated the Rajput army. Prithviraj Chauhan fled away from the battlefield but was captured near Sirsa. The defeat of Prithviraj Chauhan at Tarain is considered a landmark in the history of the Islamic conquest of India.

The chief minister of the kingdom was Kadambavasam he served as the chief minister, administrator, and solider with complete devotion towards the young king. It is said that during the early years of Prithviraj Chauhan’s reign, all the military victories were his responsibility.

Nagarjuna was Prithviraj Chauhan’s uncle’s son. The rivalry between him and Nagarjuna started because of the Chahamana throne. Nagarjuna occupied the fort of Gudapura by rebelling against Prithviraj’s authority. Prithviraj surrounded the fort with his huge army of infantry, camels, elephants, and horses. Nagarjuna fled away from the fort and Prithviraj successfully captured the fort back. A garland made of the heads of the defeated soldiers was hanged in the Ajmer gate, according to Prithviraj Vijaya.

Prithviraj and war with Ghurids

Throughout the rule of Prithviraj, there were many raids from the Muslim dynasties. By the 12th century, the north-western areas of the Indian subcontinent were captured by them. The west Chahamana kingdom was controlled by the Ghazna-based Ghurid dynasty, by the end of the 12th century. In 1175 CE, on one hand, Muhammad of Ghor, the Ghurid ruler, crossed the Indus river and captured Multan, whereas, on the other hand, Prithviraj Chauhan was still a minor. By 1178 CE, he invaded Gujarat, which was under the leadership of Chalukyas (Solankis). On the way to Gujarat, the Ghurid army spread destruction, which includes demolishing temples and sacking Bhati-ruled Lodhruva. On the way, they also surrounded the Naddula fort which was controlled by the Chahamanas of Naddula. The Chalukyas of Gujarat defeated the Ghurid army and the Chahamanas did not face the invasion of Ghurids immediately. Over the next few years, Muhammad of Ghor shifted his base from Ghazna to Punjab by defeating Peshawar, Sindh, and Punjab. He made attempts to expand his empire which led to the conflict between him and Prithviraj Chauhan.