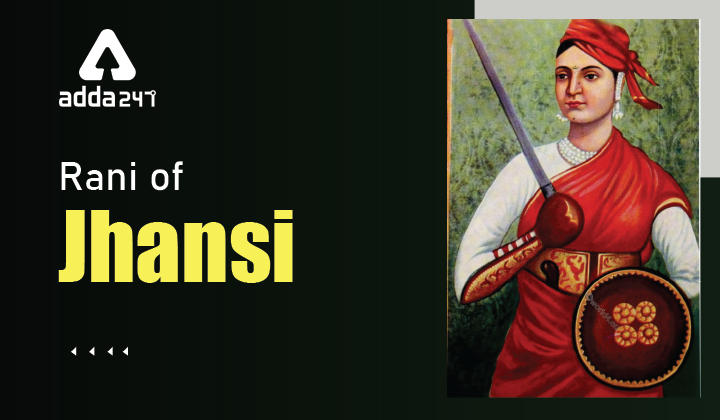 Rani Lakshmi Bai was born on November 19, 1828, in Varanasi, India. Her birth name was Manikarnika Tambe. Her parents were Moropant Tambe and Bhagirathi Sapre. Moropant Tambe was a court Peshwa in Bithoor, he was also named Rani Lakshmi bai ‘chhabili’.  Her childhood was a bit different from other girls. She was homeschooled with the boys of Peshwa. What made her childhood different was that she was educated as well as trained in martial arts, horsemanship, sword fighting, shooting, and fencing. With her childhood friends Nana Sahib and Tantia Tope, she learned mallakhamba too.

In May 1842, she was married to the maharaja of Jhansi, Gangadhar Rao Newalkar. The name Manikarnika was changed to Lakshmi Bai after marriage. Gangadhar Rao and Rani Lakshmi bai had a son, named Damodar Rao but due to medical conditions, he died after four months of birth. They adopted their cousin Anand Rao and named him Damodar Rao. Just after this, the Maharaja of Jhansi died but before his death he legally adopted his son and made Rani Lakshmi bai the queen, giving her all the powers to rule Jhansi for her lifetime.

The revolt between the British and Rani Lakshmi Bai started in 1857 when the British tried to get the leadership of Jhansi. The revolt erupted in Meerut. Rani Lakshmi bai was declared the ruler of Jhansi after the death of her husband and Maharaja of Jhansi, Gangadhar Rao. All the Responsibility to save Jhansi was over the shoulder of Rani Lakshmi Bai. She took command of the troops and organized a plan to start the war from Bundelkhand. As the rebellion started, it spread like a forest fire and several other rulers and landlords joined the rebellion. After the revolt, she ruled Jhansi without any intruders till 1858.

In 1858, Sir Hugh Rose, the commander of the central Indian Field force, declared that if the queen of Jhansi and the troops refuse to leave Jhansi and surrender, they will destroy the whole city. This didn’t affect Rani Lakshmi bai’s bravery. She decided to fight against them and fight for their independence. The troops fought to their last breath but they were overpowered by the enemies. Rani Lakshmi bai didn’t let this affect her courage and she kept on fighting and didn’t surrender. In her whole fight against the British, she got a lot of help from her childhood friend Tantia Tope.

She escaped the fort with Damodar tied on her back with her horse named Badal. Few of her guards also escaped with her. She went to Kalpi which was later attacked by the British troops and she had to go to Gwalior with her fellow freedom fighters Tantia Tope, Nawab of Banda, and Rao Sahib. In Gwalior, Nana Sahib was made the Peshwa or ruler. Lakshmi Bai warned everybody to stay alert for the attack of the British troops but was not able to convince anyone. The anticipation of Lakshmi Bai was proved right when the British troops attacked Gwalior and were successful to capture Morar.

Rani Lakshmi Bai fought till the end and didn’t surrender. She was severely injured but refused to surrender. She fought fiercely on the battlefield alone. When there was no other option she decided to burn herself so that the British troops cannot capture her. Her body was cremated by a few locals and her belongings were cremated under a tamarind tree in Gwalior in a huge ceremony. She is one of the greatest examples of fearless and independent women, who fought her battle alone and refused to surrender.

1. Who was Rani Lakshmi Bai?
Ans. Rani Lakshmi Bai was the queen of Jhansi and one of the greatest freedom fighters in Indian history. She fought against the British troops alone on the battlefield and refused to surrender.