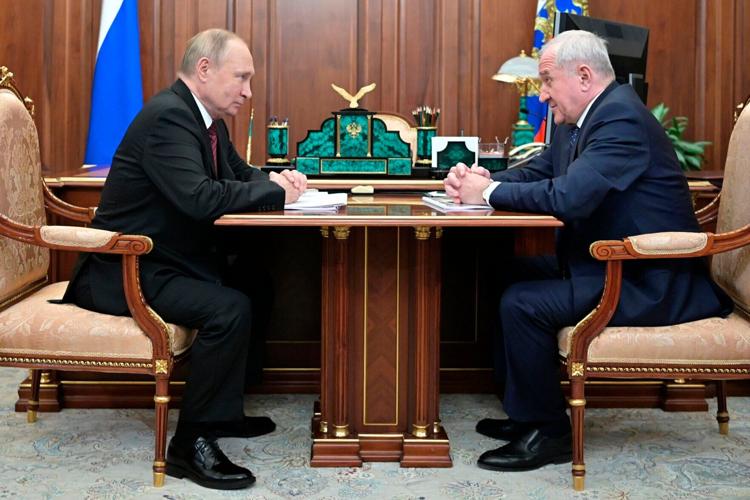 The Kremlin repeated its claim that Ukraine plans to use a radioactive “dirty bomb”, warning the West it was dangerous to dismiss Moscow’s position. Ukraine, the United States, Britain and France have all rejected Moscow’s claims – voiced by several officials in recent days – that Kyiv could be preparing to detonate a radioactive device in Ukraine.

In a briefing call with reporters, Kremlin spokesman Dmitry Peskov said this was a foolish approach given the gravity of the situation. Moscow has provided no evidence for its claims. “This is an approach that is far from serious,” Peskov said of the United States’ dismissal of Moscow’s claims. Russia intends to raise the issue at the United Nations Security Council later and has urged U.N. chief Antonio Guterres to do all he can to “prevent this heinous crime from happening.”

Washington and other Western countries have accused Russian President Vladimir Putin of using the alleged dirty bomb threat as a pretext to escalate the war in Ukraine.

Russian President Vladimir Putin remotely monitored the drills of his strategic nuclear forces, which involved multiple practice launches of ballistic and cruise missiles in a show of force. Defense Minister Sergei Shoigu reported to Putin that the exercise simulated a “massive nuclear strike” retaliating for a nuclear attack on Russia.

The Biden administration said Russia provided advance notice of the drills. The North Atlantic Treaty Organization is carrying out its own long-planned annual nuclear exercises in northwestern Europe.

Putin said in remarks carried by Russian TV that Ukraine plans to “use a so-called dirty bomb as a provocation” and contended the United States was using Ukraine as a “battering ram” against Russia and its regional allies, turning the country into a “testing ground for military-biological experiments.” It was the first time Putin himself made the unsubstantiated dirty bomb allegation.

Ukraine and its Western allies have denied the claims and contend that Russia, facing setbacks on the battlefield, might itself try to detonate a dirty bomb, which uses explosives to scatter radioactive waste to sow terror, or go further and tap its vast nuclear weapon arsenal.

Defence Minister Rajnath Singh spoke to his Russian counterpart Sergei Shoigu and expressed concerns over the alleged threat of the use of ‘dirty bombs’ in the ongoing war with Ukraine. Shoigu said he was “concerned about possible provocations by Kyiv involving the use of a dirty bomb”. Rajnath Singh reiterated India’s position that both Russia and Ukraine should pursue diplomacy and dialogue to resolve the conflict at the earliest. He told Shoigu that nuclear war should be avoided at all costs as the use of such weapons is against the basic tenets of humanity.