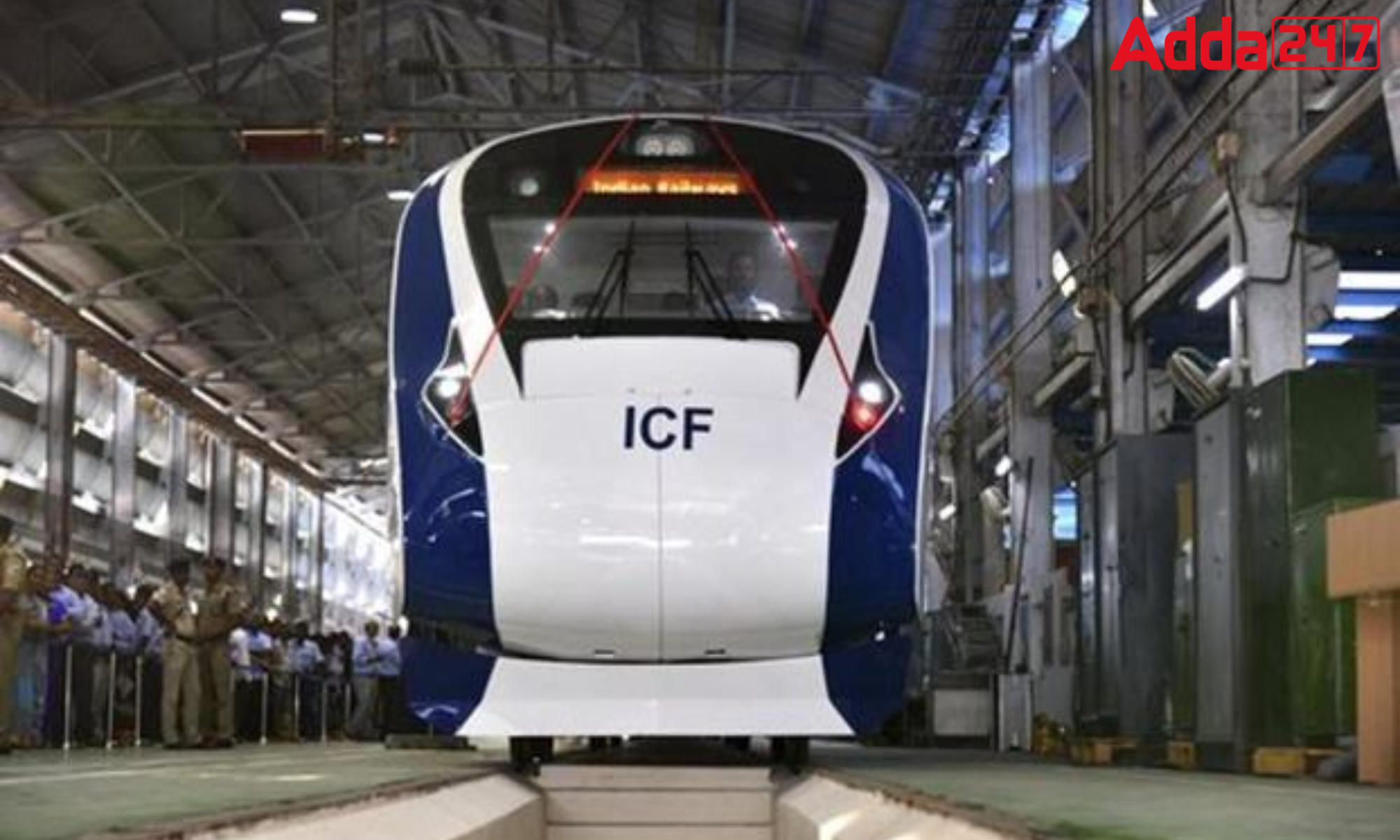 New version of the Vande Bharat 2: The Indian Railways will launch the new Vande Bharat Express, a high-speed train in its ongoing effort to provide passengers with the best amenities. According to the Ministry of Railways, Vande Bharat 2 According to the ministry, Vande Bharat 2 will have further improvements and developments, including a faster 0 to 100 Kmph time of just 52 seconds, a top speed of 180 Kmph, a lighter weight of 392 tonnes, and WI-FI content that is available when needed.

As of March 2022, the Indian Railways will only operate the Vande Bharat Express, also known as Train 18, on two notable routes: one from New Delhi (NDLS) to Shri Mata Vaishno Devi Katra (SVDK) and the other from New Delhi (NDLS) to Varanasi (BSB). It took 18 months for Integral Coach Factory (ICF) in Perambur, Chennai, as part of the Indian government’s Make in India project, to develop and produce it. Although it is anticipated that the price per unit will decrease with more output, the cost of the first rake was projected to be 100 crore (US$13 million). It is anticipated to be 40% less expensive at the outset than a comparable train bought from Europe.