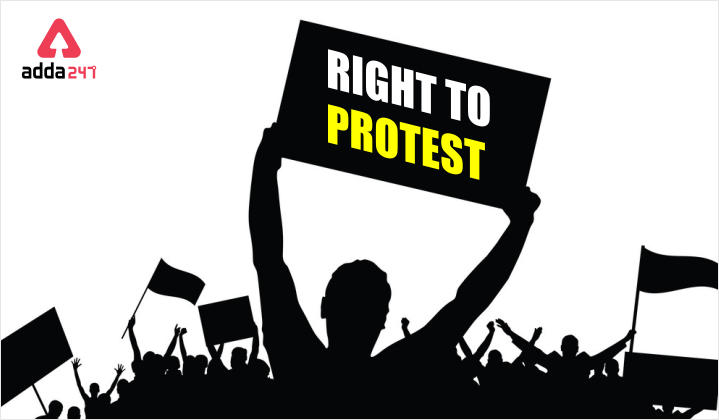 These rights give the citizen the right to freedom of expression, the right to gather peacefully without weapons, and the right to found associations or trade unions. These three articles ensure that citizens can protest against the government or any organization on a national issue or issue related to social interest.

Right to protest: Types of protests

There are many policies that the government issues in the interest of citizens for their growth and improvement. These policies are monitored by citizens and if their policies are lacking and cannot be solved by peaceful demonstrations, citizens take the law into their hands and protest against the government. The protest majorly places an important role to correct the actions of the government which harm public peace. These protests can be of many types there are protests in which people sign petitions, some protests with strikes, some protests with large public meetings, and some create violence in the name of protest.

This is a fundamental right but if it is in a nonviolent form then the government can accept these protests, if the protests are violating the following norms then strict action can be taken on public-

FAQs on the Right to Protest

3. What is protest?
Ans. It is a way of expressing objection to any action policy or statement by the government or any organization that wants to accuse a group of people of themselves.