Skip to content
Current Affairs   »   General Studies 2022   »   All Details About Fundamental Rights by... 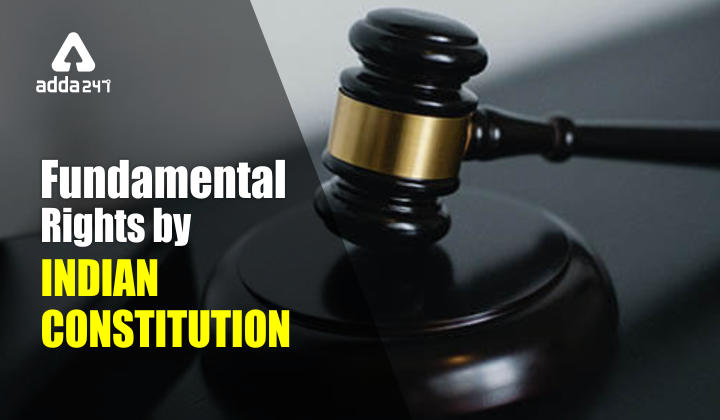 What are the Fundamental Rights?

Prohibition of discrimination is divided into four categories that are as follows.

Article 16 aims to provide equal opportunity to all the citizens of India with employment offered by States or its agencies. There is 5 clause of article 16 which are as follows.

This article has been incorporated in the constitution of India in Article 17. It states that untouchability has been abolished and the practice of untouchability is punishable according to the law.

This article prohibits the state from conferring any title upon any person. The state is not preventive from awarding military distincts for honoring men for their acts of Valour.

Important Articles In Constitution of India 2022

Those who are accused of crimes are guaranteed protection in respect of conviction for offenses. Article 20 has three clauses which are as follows.

Article 22 is complementary to Article 21. It has two parts, clause (1) and (2) which deals with a person who is arrested under ordinary criminal law and various rights they are entitled to. The second part of the article consists of the remaining clause (3) to (7) which is concerned with persons who are detained under a law of preventive detention.

This article prohibits the trafficking of human beings and ‘Begar’. It also prohibits any form of forced labor.

According to article 24, the constitution prohibits children below 14 years of age from child labor. Any child cannot be employed in a factory or mine or any other hazardous employment who is under or below 14 years.

Promotes the spirit of secularism and recognized freedom of religion for every citizen in India.

This gives the right of every religious order to establish and maintain institutions for religious purposes and manage its affairs in the matter of religion.

The state shall not compel any person to pay any taxes for the promotion and maintenance of particular religion or religious denomination.

Article 28 prohibits the imposition of religious beliefs by educational institutes on those who are attending them.

The article states that if a community or a section of people has its language, script, or culture they can conserve it in their ways without the interference of government

1. What do you mean by fundamental rights?
Ans. Fundamental rights are the basic civil, political, and human rights granted by the constitution of India to every citizen.