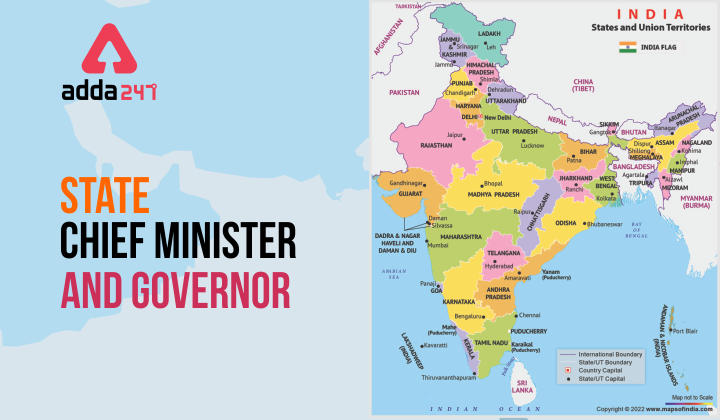 States and Capitals of India 2022

Selection and Powers of Governor in India

The governor only needs to meet two qualifications one he should be an Indian citizen and the other he should be 35 years old or more. There are two conventions that the government follows to nominate a governor that is the person who is going to be appointed as the governor must not belong to the state, he shall be an outsider with having no relations with the state. The other one is the consultation of the chief minister is taken before the appointment of a governor by the president. He is the executive head of the state he is appointed to. All the executive actions that are performed in the state are in the name of the governor.

Selection and Powers of Chief Minister in India

FAQs related to chief ministers and Governors of India