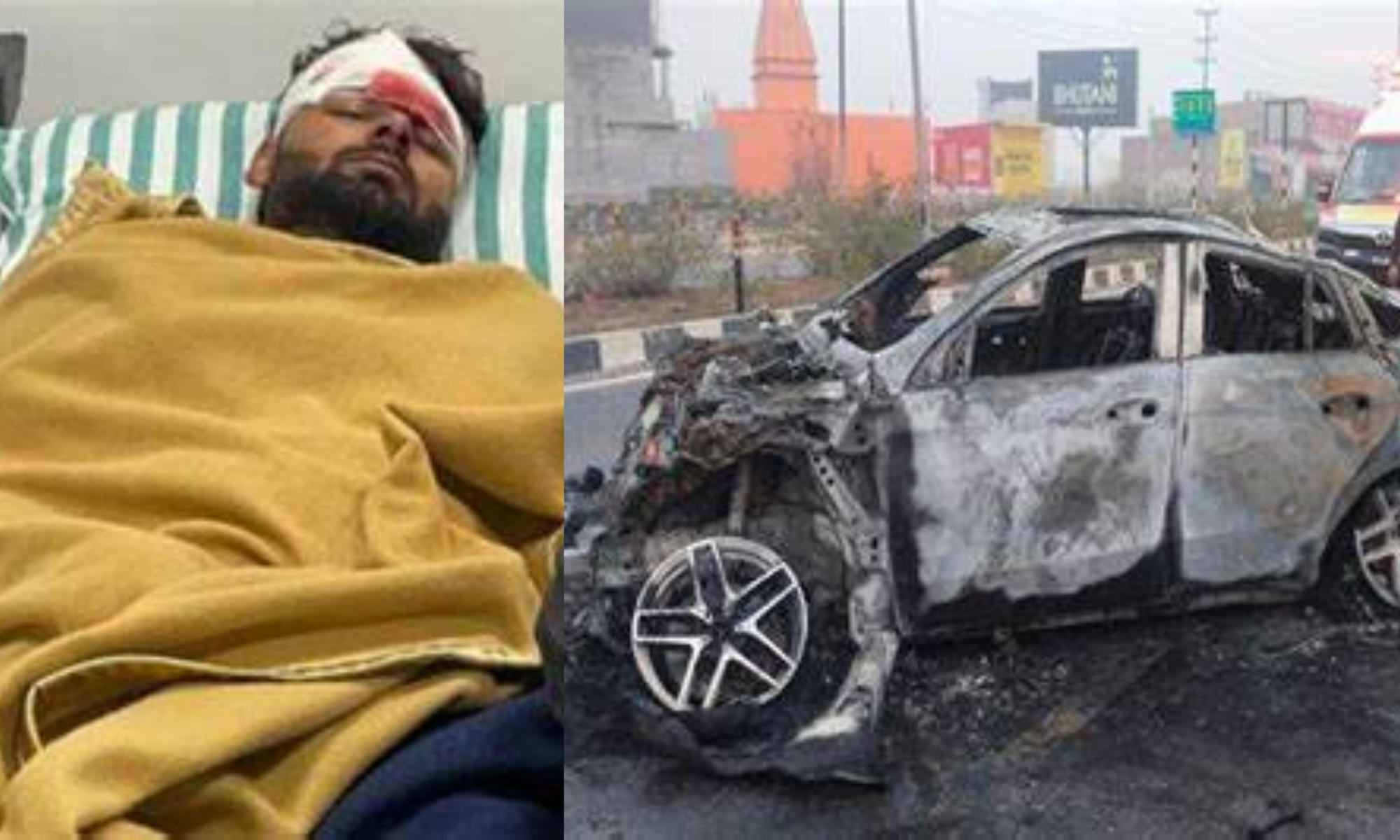 Rishabh Pant,the wicketkeeper batsman star for Cricket Team of India, was severely injured after his car hit a divider on the Delhi-Dehradun highway. Rishabh Pant has been admitted to a hospital where he is reportedly receiving treatment for head, back, and foot injuries. Rishabh Pant’s status was said to be stable when he was shifted to the Max Hospital in Dehradun.

The car Rishabh Pant was riding in was entirely burned out in the first photos taken at the scene of the accident. In another photo, the Indian batsman Rishabh Pant is shown with a bandage on his head and significant injuries to his back.

Rishabh Pant is getting treated in Max Dehradun, if required he will be shifted to Delhi in one or two days: Delhi & District Cricket Association Officials https://t.co/aHZMfh6xxR

Why was Rishabh Pant not with Team India?

Rishabh Pant returned from a Vacation with MS Dhoni

Rishabh Pant travelled to Dubai after the series against Bangladesh was over, when he was spotted with Mahendra Singh Dhoni, a former India captain. Dhoni’s wife Sakshi also shared a photo of the two (MS Dhoni and Rishabh Pant). According to Haridwar Senior Superintendent of Police Ajai Singh, Rishabh Pant is believed to have returned to India earlier this week and was his route to his hometown of Roorkee when his car struck a divider at Manglaur while he was going from Delhi.