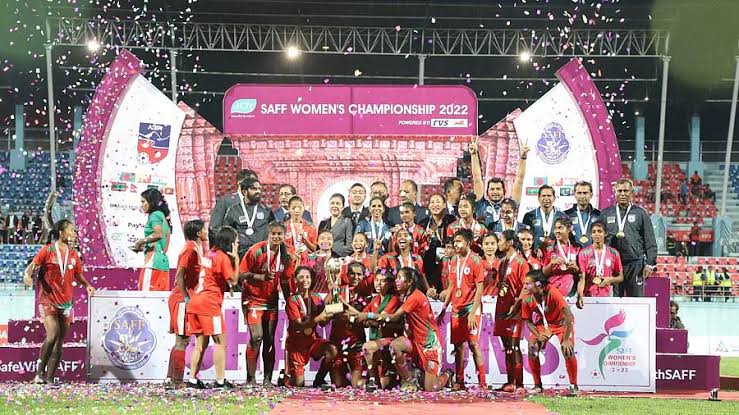 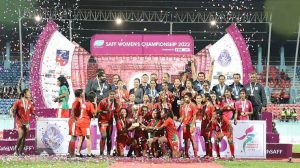 Bangladesh won a historic victory at the SAFF Women’s Championship to lift the maiden title at the Dashrath Rangshala Stadium in Kathmandu, Nepal. The Bangladesh team defeated hosts Nepal by 3-1 in the finals before a full stadium to watch some brilliant football on display. Bangladesh skipper Sabina Khatun, who was the top scorer of the tournament netting eight goals in five games, dedicated the trophy to the people of Bangladesh.

Goalkeeper Rupna Chakma from Bangladesh was named the best goalkeeper. She conceded just one goal in the tournament. Bangladesh had earlier made the final on one occasion in 2016 but eventually was beaten 3-1 by India in that final.

About the 2022 SAFF Women’s Championship: