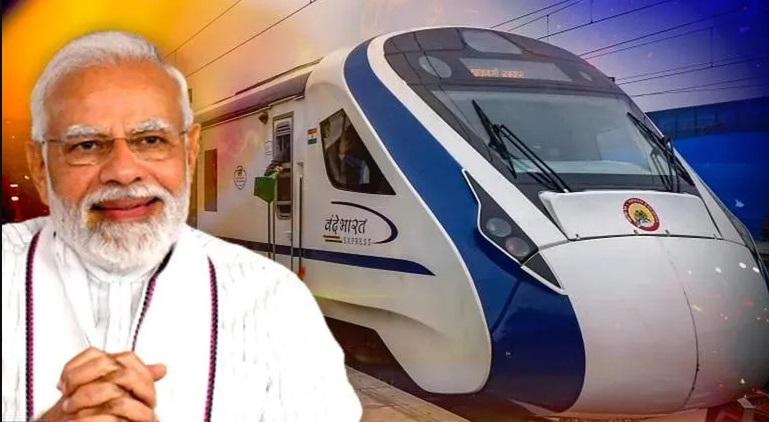 Vande Bharat Express is equipped with advanced state-of-the-art safety features including an indigenously developed Train Collision Avoidance System – KAVACH. It can pick up a speed of 0 to 100 kilometres per hour in just 52 seconds, and a maximum speed of up to 180 kilometres per hour.

The new and improved Vande Bharat Ver 2.0 trains, with enhanced safety features, better ride index and passenger amenities, have been introduced after detailed trials, performance and safety testing of the train and its sub-systems.

The Vande Bharat Express, also known as the Train 18, is a semi-high-speed, electric multiple unit train operated by Indian Railways. It was designed and manufactured by the Integral Coach Factory (ICF), Chennai. On January 27, 2019, the train service was christened as the Vande Bharat Express to honour the fact that the train was manufactured entirely in India. It began the service on February 15, 2019.