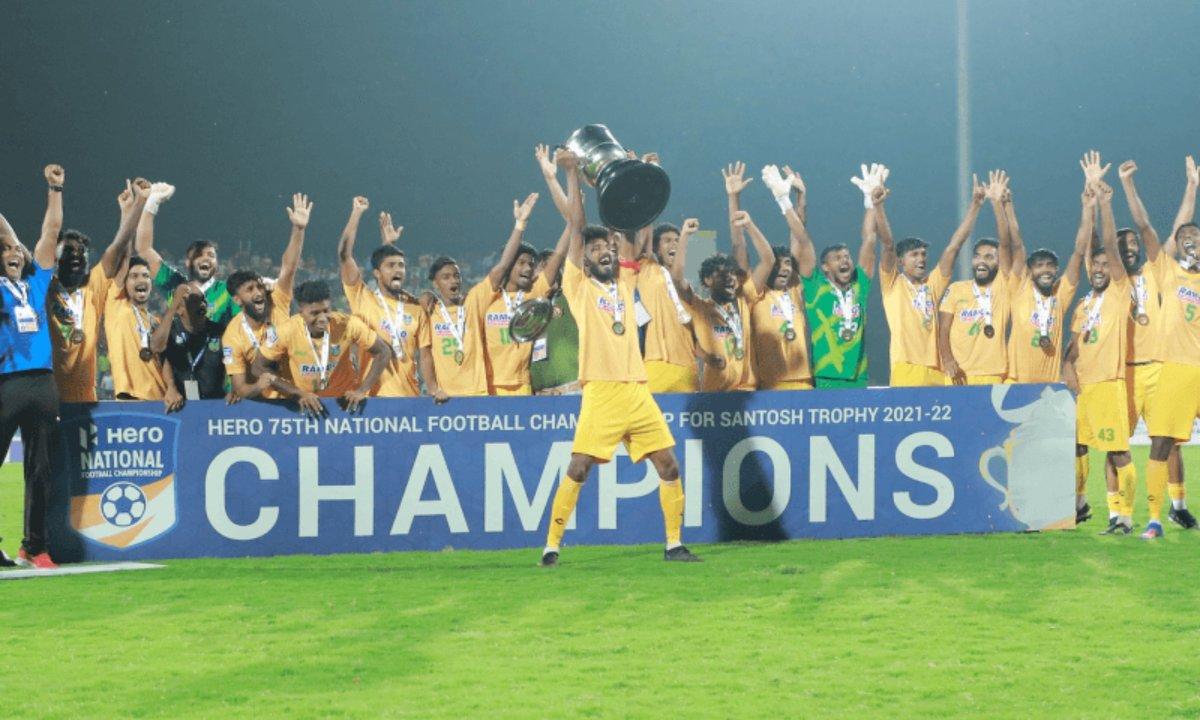 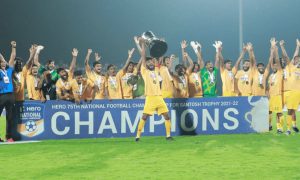 Kerala beat West Bengal 5-4 in the penalty shootout to win the 75th Santosh Trophy 2022 at the Manjeri Stadium in Malappuram, Kerala. The teams were level 1-1 after extra time in a pulsating encounter in which plenty of chances were created at both ends with the finishing being astray.

This is Kerala’s third win in a Santosh Trophy tournament on home soil. Earlier, they had won two editions in Kochi, in 1973-74 and 1992-93. Kerala captain Jijo Joseph, who was adjudged the player of the match for a commanding performance in the middle of the park.