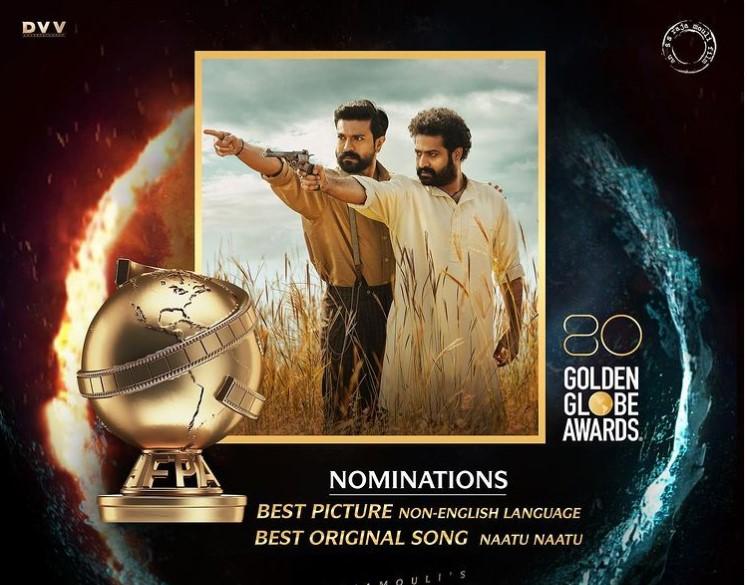 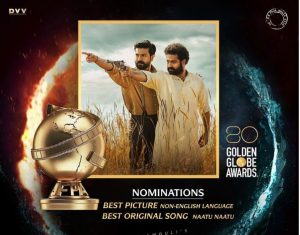 SS Rajamouli-directed period movie ‘RRR’ has been nominated in two categories at the Golden Globe Awards to be held in January 2023. The Hollywood Foreign Press Association (HFPA) has nominated ‘RRR’ in the Best Picture: Non-English language and Best Original Song Naatu Naatu.

‘RRR’ follows a pre-Independence story woven around two real-life Indian revolutionaries: Alluri Sitarama Raju and Komaram Bheem, in the 1920s. Starring Ram Charan and Jr NTR in the lead, the film released worldwide in March in five languages. RRR is the only Indian film to make the final five out of a clutch of other entries from India, among them Gangubai Kathiawadi, Kantara and Chhello Show.

Other Important facts about RRR: