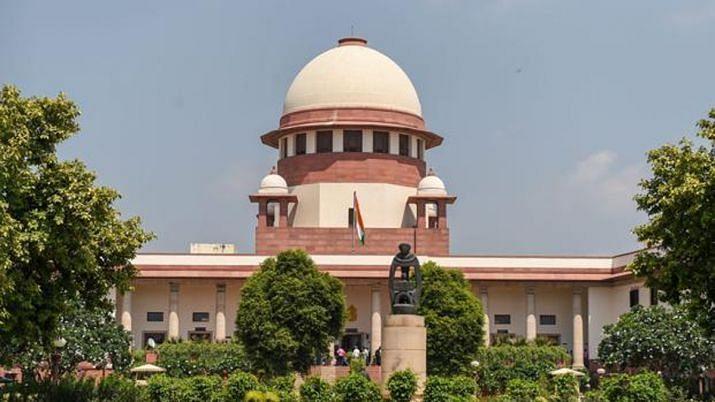 The Supreme Court has asked the government to respond to a plea challenging the Places of Worship Act enacted in 1991.

A notice is issued by a Bench led by Chief Justice of India Sharad A. Bobde to the Union Ministries of Home, Law and Culture on a plea filed by advocate Ashwini Kumar Upadhyay against various provisions of the Places of Worship (Special Provisions) Act of 1991.

The petition said Sections of the Act that dealt with the bar on legal claims were against the principles of secularism.

It was passed in 1991 by the P V Narasimha Rao-led Congress government. The law seeks to maintain the “religious character” of places of worship as it was in 1947 except law Ram Janmabhoomi-Babri Masjid dispute case that was already in court. The law was brought in at the peak of the Ram Mandir movement after one year before the demolition of the Babri Masjid.

Home Minister S B Chavan in introducing the law said in the Parliament thet it was adopted to curb the communal tension.

As discussed above a petition has been filed in the court saying about the law as “arbitrary, irrational and retrospective”.

The cut-off date that is 15 August, 197 as per the law bars Hindus, Jains, Buddhists, and Sikhs from approaching courts to “re-claim” their places of worship which were “invaded” and “encroached” upon by “fundamentalist barbaric invaders”.

Aim of the Act

The religious character of a place of worship shall continue to be the same as it was on 15 August, 1947.

No person shall convert any sort of place of worship of any religious denomination into one of a different denomination or section.

It also says that all suits, appeals or any other proceedings related to converting the character of a place of worship which are pending before any court or authority on 15 August, 1947 will abate as soon as tha law comes into force. Any other legal proceedings could not be instituted.