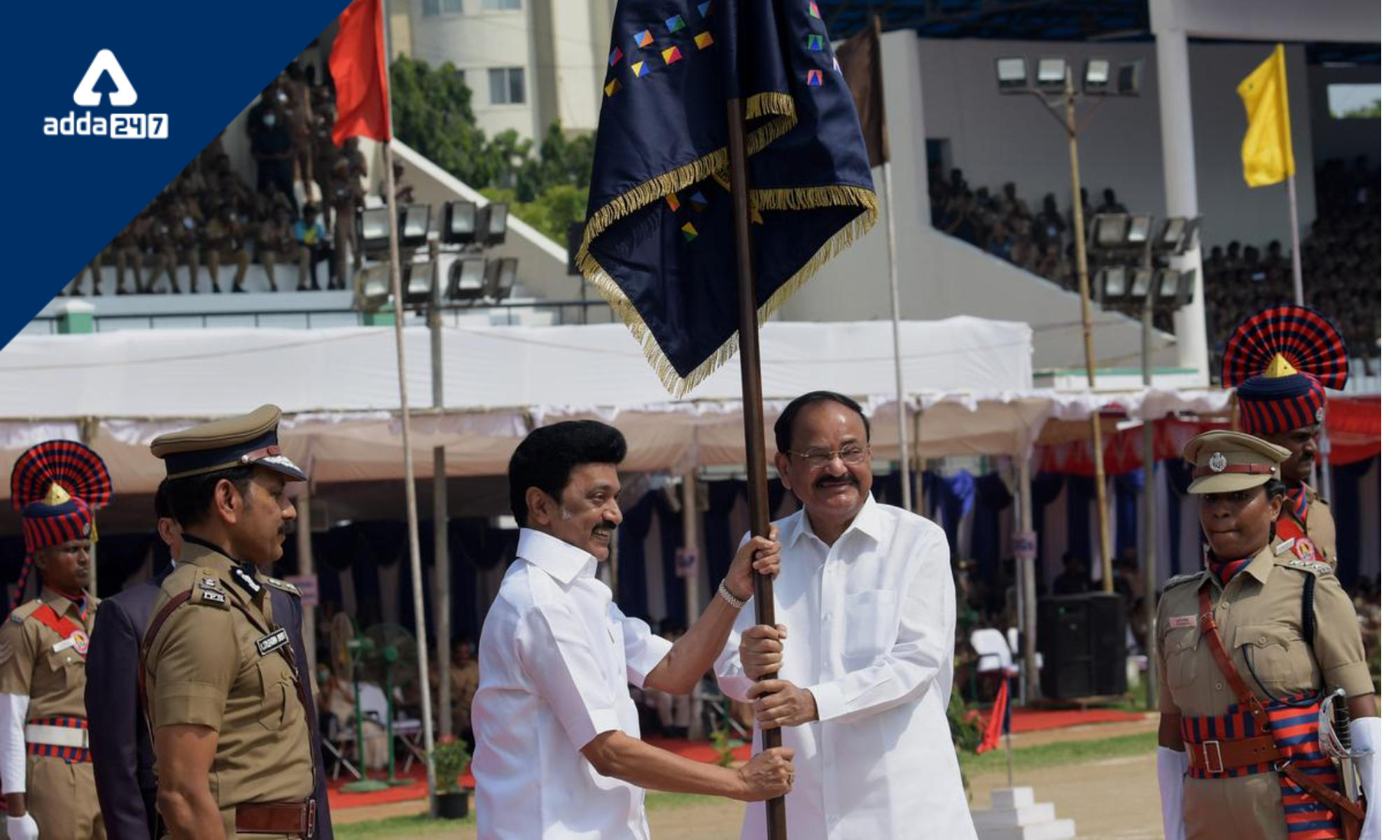 In an usual event at Rajarathinam Stadium in Chennai, Chief Minister M.K. Stalin received the renowned “President’s Colours” for the Tamil Nadu Police from Vice-President of India M. Venkaiah Naidu. One of the very few law enforcement agencies in the nation to be awarded the coveted “President’s Colours” is the Tamil Nadu Police. To commemorate the achievement, Mr. Stalin declared that each police officer in the service would get a medal.

The State Disaster Response Force, Commandos, Coastal Security Group, and the Nilgiris police contingents reviewed the Guard of Honour after the chief guest had taken the formal salute. At the ceremony, the Tamil Nadu Police Pipe Band also put on a magnificent performance. The parade’s commander was IPS officer A. Pradeep.