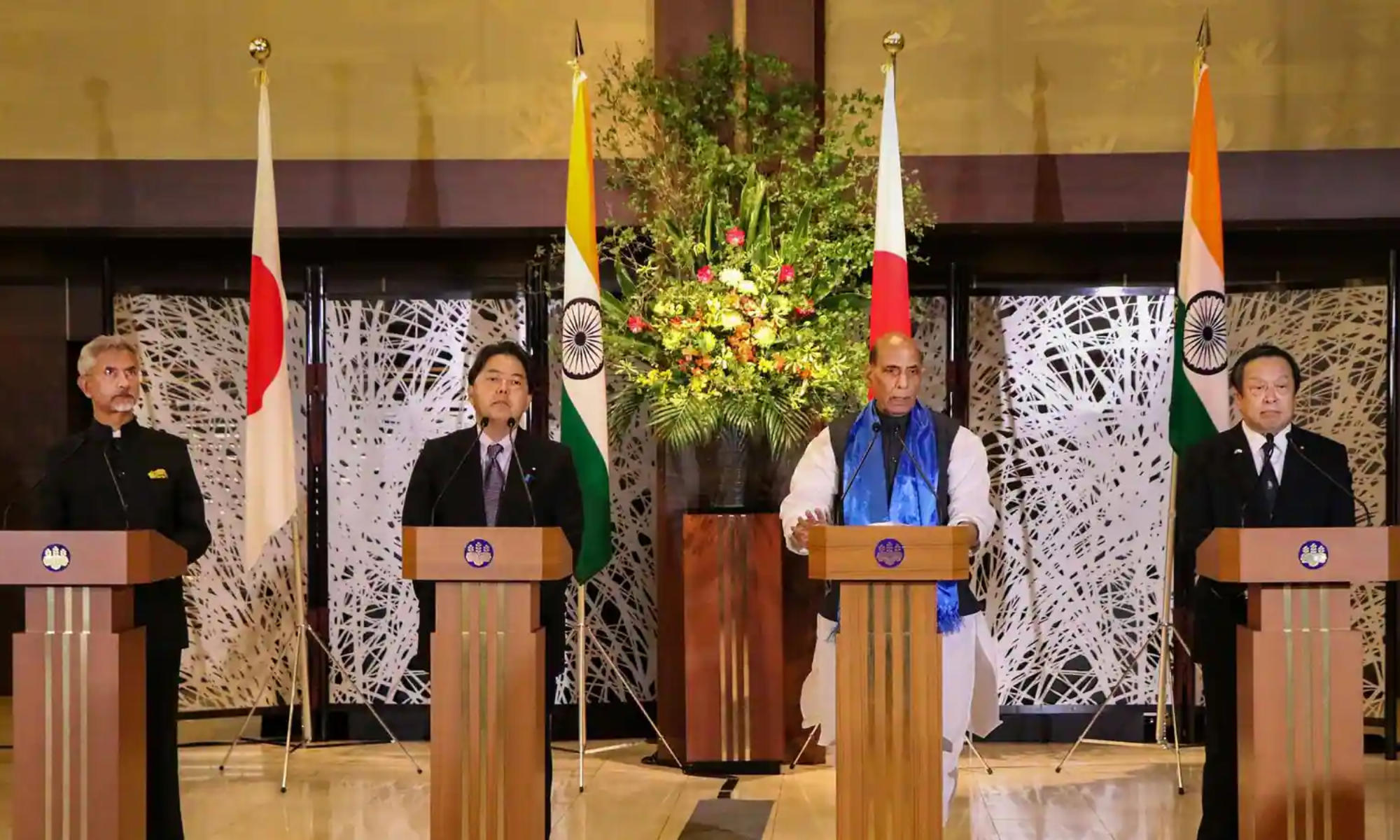 On regional and international problems of shared interest and concern, particularly those in the Indo-Pacific area and Ukraine, the Ministers had an open and productive discussion. The Ministers strongly reinforced the recent commitments made by their Prime Ministers in their Joint Statement of March 19, 2022 ( “Concerning local and international security issues, the Partnership for a Peaceful, Stable, and Prosperous Post-COVID World (“PfaSP”) was established.

While pledging its determination to consider all necessary options for national defence, including “The Japanese side expressed its resolve to fundamentally strengthen Japan’s defence capabilities within the following five years and secured a significant increase in Japan’s defence budget necessary to accomplish it. The Indian side voiced its support for efforts to improve security and defence cooperation while acknowledging Japan’s resolve to strengthen its defence capabilities.

The Ministers highlighted with satisfaction the advancements made in the bilateral security and defence cooperation since their previous meeting in November 2019, which is a crucial tenet of the India-Japan Special Strategic and Global Partnership. They praised the increased collaboration that was discussed during the February 2021 Disarmament and Non-Proliferation Dialogue, the September 2021 Maritime Affairs Dialogue, the November 2021 Space Dialogue, and the June 2022 Cyber Dialogue, respectively. They anticipated conversations in areas including Security Council reform with a view to enhancing the overall functioning of the UN at a soon as possible, realising the value of multilayered dialogues between the two countries. They recognised the value of advancing conversations in the area of economic security.

Self-Defense Forces of Japan and the Indian Armed Forces:

The Ministers resolved to hold the following 2+2 Ministerial Meeting in India in response to their appreciation for the strategic direction the 2+2 meetings have offered through their in-depth discussions for strengthening the India-Japan Special Strategic and Global Partnership.