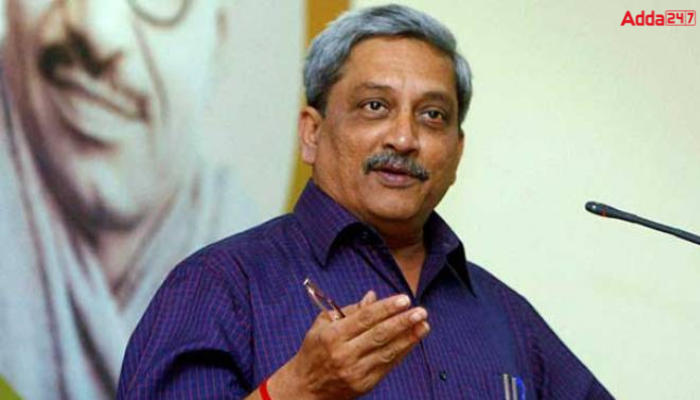 Mopa Airport to be Named After Manohar Parrikar

The Union Cabinet has approved the naming of Greenfield International Airport at Goa’s Mopa as Manohar International Airport after former Defence Minister and Goa Chief Minister Manohar Parrikar. The airport was inaugurated by Prime Minister Narendra Modi in December 2022 at Mopa Goa. The airport will be named after the late Manohar Parrikar to honor his contribution to building modern Goa.

The airport has been built on the theme of sustainable infrastructure and comprises a solar power plant, green buildings, LED lights on the runaway, rainwater harvesting, and a state-of-the-art sewage treatment plant with recycling facilities. Phase I of the airport will cater 4.4 to million passengers per annum (MPPA). It can be expanded up to the capacity of 33 MPPA.

Manohar Parrikar was the chief minister of Goa, leader of the BJP, and a member of RSS. Manohar Parrikar died due to pancreatic cancer in his hometown Panaji. He was an Indian politician and the most dynamic right-wing leader. He served as the Chief Minister of Goa from 14th March 2017 till his death. During his governance, the state has been political stability and growth. He served as Goa’s Chief Minister from 2000 to 2005 and from 2012 to 2014.

Manohar Parrikar was born on 13th December 1955 in Mapusa, Goa. He completed his schooling at Margao and Loyola High school. He became the Mukhya Shikshak in RSS in 1973. He continued his services at RSS after completing his graduate degree in Metallurgical Engineering from IIT Bombay. He was diagnosed with pancreatic cancer in October 2018 and at an age of 63, he passed away on 17th March 2019.

Manohar Parrikar’s political career started in 1994 when he became an MLA in the Assembly of Goa as a member of the BJP. On 24th October 2000, he became the Chief Minister of Goa for the first time, however, his tenure ended on 27th February 2002. He was re-elected as the Chief Minister of Goa and again the tenure shut down as four of the BJP MLAs resigned from the house.