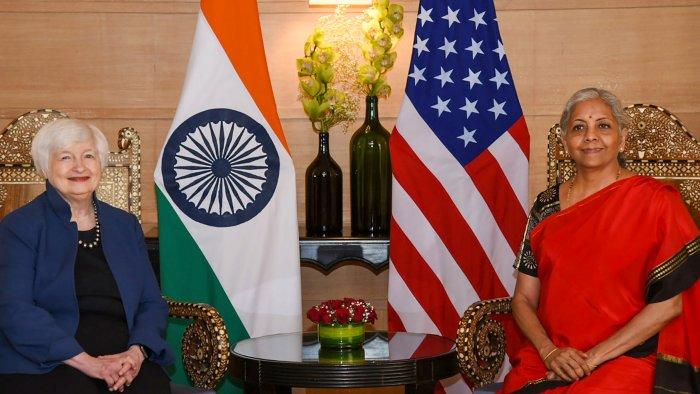 The US Department of Treasury removed India along with Italy, Mexico, Thailand and Vietnam from its Currency Monitoring List. China, Japan, Korea, Germany, Malaysia, Singapore, and Taiwan are the seven economies that are a part of the current monitoring list, the Department of Treasury said in its biannual report to the Congress.

China’s failure to publish foreign exchange intervention and broader lack of transparency around key features of its exchange rate mechanism makes it an outlier among major economies and warrants Treasury’s close monitoring, said the report.

The countries that have been removed from the list have met only one out of three criteria for two consecutive reports, it said.

Surprisingly, Switzerland once again exceeded the thresholds for all three criteria, which is a parameter for being labelled as a “Currency Manipulator”.

But the term was not used by the Report and the Treasury Department maintained that there is not enough evidence to use the label for Switzerland. The Treasury will continue its enhanced bilateral engagement with Switzerland, which commenced in early 2021, to discuss the Swiss authorities’ policy options to address the underlying causes of its external imbalances, a media note said.

About India: The Timing:

The move came on a day when Secretary of the Treasury Janet Yellen visited New Delhi and held talks with Finance Minister Nirmala Sitharaman. On her first visit to India, United States Treasury Secretary Janet Yellen quoted President Joe Biden, saying that India is an “indispensable partner to the United States”. India had been on the list for the last two years.

“That’s particularly true today. I believe that these urgent challenges are bringing India and the United States closer together than ever before,” she said.

Speaking at the US-India Businesses and investment Opportunities event in New Delhi, Janet Yellen said that the US will be extending support to India’s presidency in G20 to achieve shared global priorities.