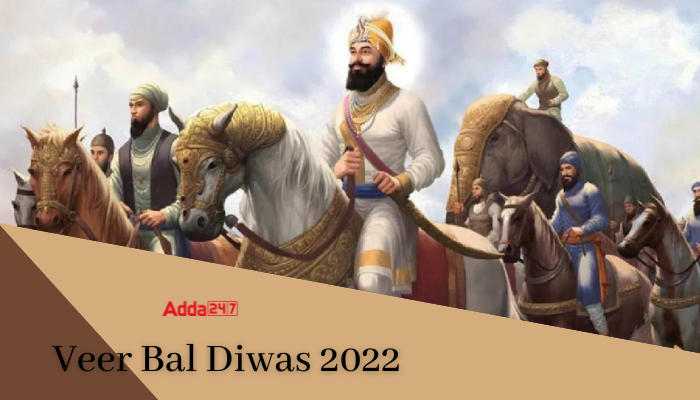 Zorawar Singh and Fateh Singh were the youngest sons of Guru Gobind Singh Ji. They were held captive by the Mughal army and were forced to convert to Islam. The two young Sahibzadas refused to convert and expressed their love for their religion. After this, the emperor ordered the army to bury them alive between the walls.

Veer Bal Diwas is observed in honor of the “Sahibzadas”, the four sons of Guru Gobind Singh Ji. The Indian government has announced to observe Veer Bal Diwas every year on 26th December. This day commemorates the martyrdom day of the Sahibzadas Zorawar Singh and Fateh Singh.

Veer Bal Diwas will be celebrated at an event hosted by Prime Minister Narendra Modi at Major Dhyan Chand National Stadium, Delhi. During this event, Prime Minister Narendra Modi will attend “Shadab Kirtan” led by 300 Baal Kirtanis. During the Veer Bal Diwas, 2022 celebrations PM Modi will also give a green single to start the March-past by 3000 kids in Delhi.