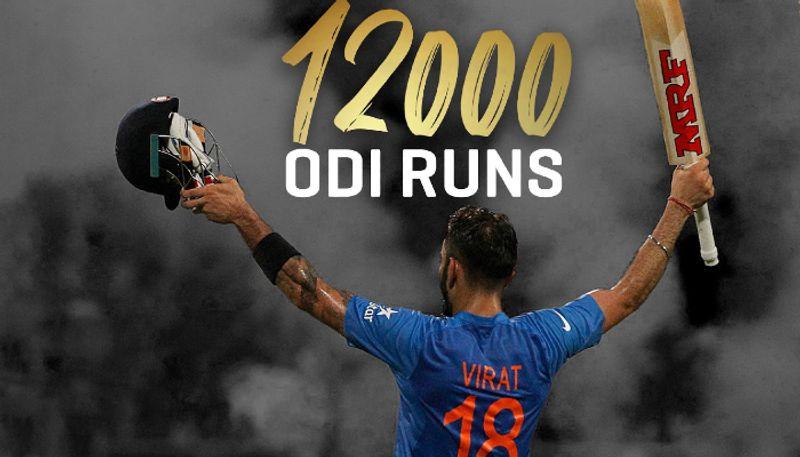 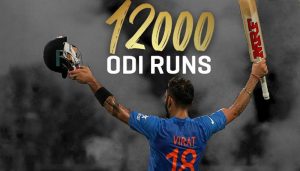 Virat Kohli became the fastest to reach 12,000 runs in One-day International cricket. Kohli breached the mark in the third ODI against Australia in Canberra. He got to the milestone in his 242nd inning thus bettering the previous record set by Sachin Tendulkar, who got his 12000th run in his 300th inning.