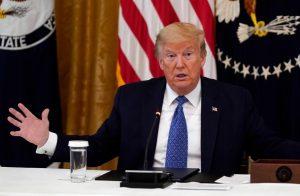 The Treaty on Open Skies was signed in 2002 and recently US President Donald Trump has announced that the USA is to withdraw from Open Skies treaty accusing that Russia has not stuck to its part of the deal.

This is the third international arms pact inline from which the US has pulled out since Donald Trump become President. The treaty was established by 34 members on an aerial surveillance system for its participants.