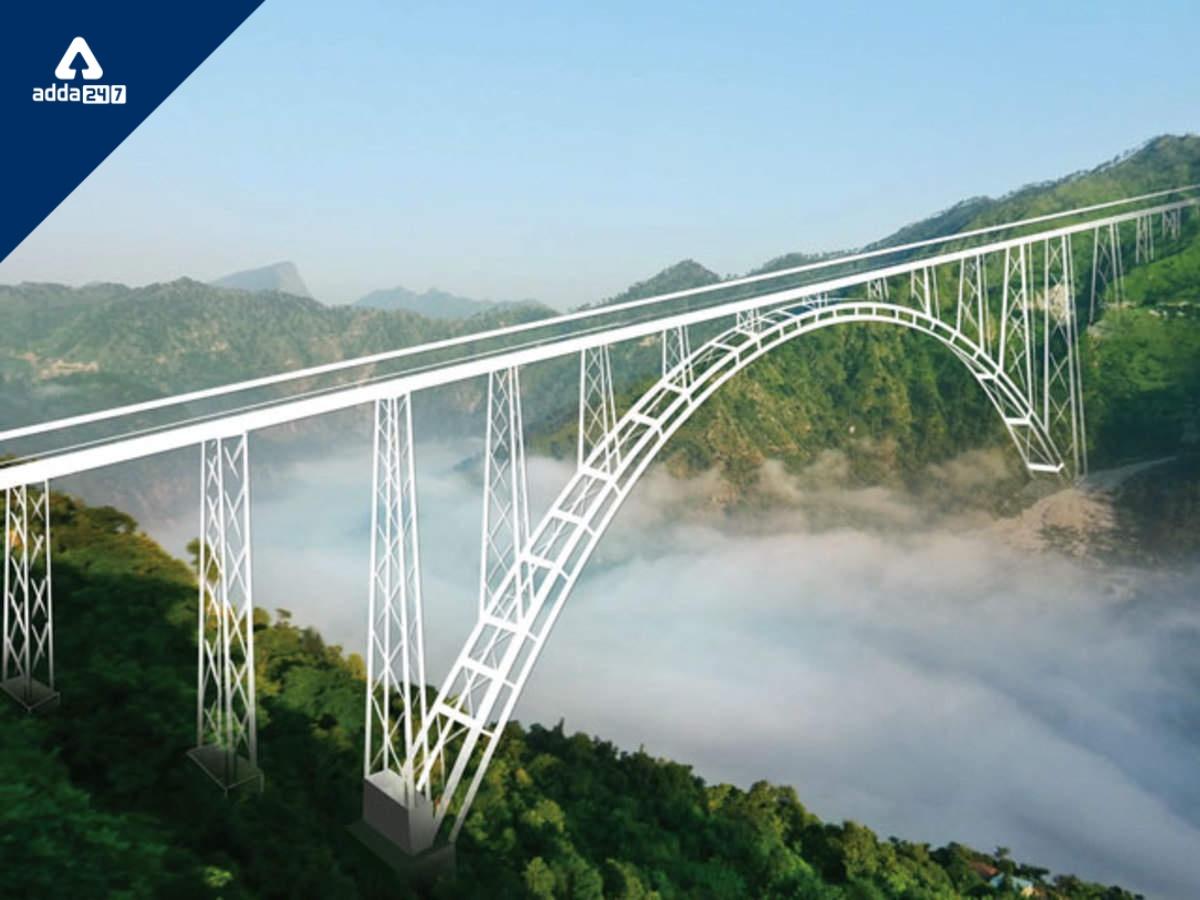 The golden joint of the world’s highest railway bridge over River Chenab was inaugurated. For the first time ever since independence, Srinagar will be linked to the rest of India after the overarch deck on the world’s highest single-arch railway bridge over River Chenab. The bridge will be 35 meters higher than the Eiffel Tower.

Some Extras About The Bridge:

Chenab Bridge was a famous bridge with intricate engineering that had to overcome several challenges. The geology, the harsh terrain, and the hostile environment were just a few of the challenges that the engineers and railway officials had to overcome to get to this point.

The Chenab is formed by the confluence of two streams, Chandra and Bhaga, in the western (Punjab) Himalayas in India’s Himachal Pradesh state. It flows west through Jammu and Kashmir union territory—the Indian-administered portion of the disputed Kashmir region)—between the steep cliffs of the Shiwalik Range (south) and the Lesser Himalayas (north). After receiving the Jhelum River near Trimmu, the Chenab empties into the Sutlej River, a tributary of the Indus River.

Afcons is building 16 additional railway bridges for Konkan Railway Corporation Limited (KRCL) in the dangerous terrain of Jammu and Kashmir in addition to the Chenab Bridge. All the bridges are part of the Udhampur Srinagar Baramulla Rail Link (USBRL) project.