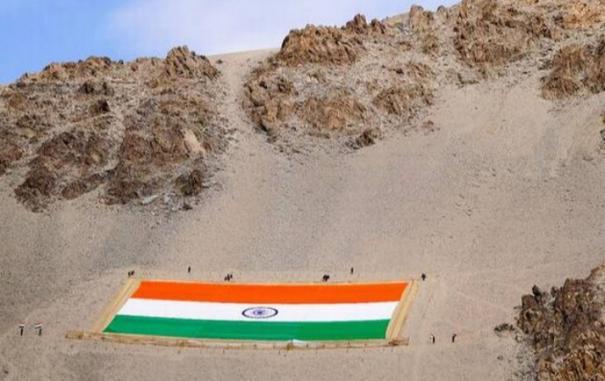 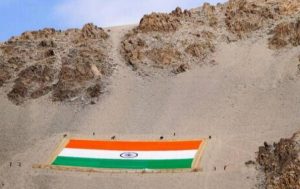 The world’s largest national flag, made up of Khadi cloth, has been installed in Leh, Ladakh, on the occasion of the 152nd birth anniversary of Mahatma Gandhi on October 02, 2021. The Khadi national flag was inaugurated by Ladakh Lieutenant Governor RK Mathur. The flag is made by Khadi Dyers and Printers based in Mumbai which is affiliated to the Khadi Village and Industries Commission.

The Sura-Soi Engineer Regiment was entrusted with the responsibility of bringing the national flag from Mumbai to Leh and also with the task of installing it at the top of the high mountains for the unveiling ceremony.