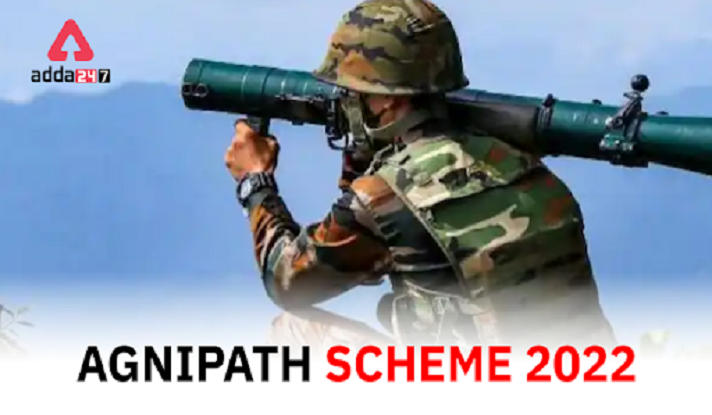 The government has announced to recruit about 46000 Agniveers this year. The recruitment is divided into two parts in which up to 25000 Agniveers will be recruited in the first half of December and the remaining Agniveers will be recruited by the first half of February 2023. In this article, we have highlighted all the details including eligibility criteria, salary package, education qualification, and physical fitness with the latest updates.

10% of the vacancies are reserved for the recruitment in CAPFs and Assam Rifles for the Agniveers, as per the announcement by the Ministry of Home Affairs (MHA)

All Government Schemes launched in 2022

In the below-given table, we have categorized the eligibility of the candidates required based on educational qualification and age.

Under the Agnipath scheme 2022, the Agniveers will get a customized monthly package which will increase from the first year to the fourth year of service in the Indian armed forces. For the first year of the service, the Agni Veer will get a 30000 customized monthly salary from which 30% will be contributed to the save energy and the net in-hand salary will be 21000 rupees. The below-given table will explain the increase in salary and the contribution of Agni waves to the Corpus fund and the contribution of the Government of India to the Corpus fund. Seva Nidhi package will be 11.71 lakhs after 4 years of service.

2. Can females apply for Agniveer Army?
Ans. Both male and female candidates can apply for the Agnipath scheme.

6. What is the Agnipath scheme?
Ans. Prime minister Narendra Modi started the Agnipath scheme which is a central government scheme launched in 2022. Under this scheme, Indian youth can join the Indian Armed Forces and serve the country for four years.