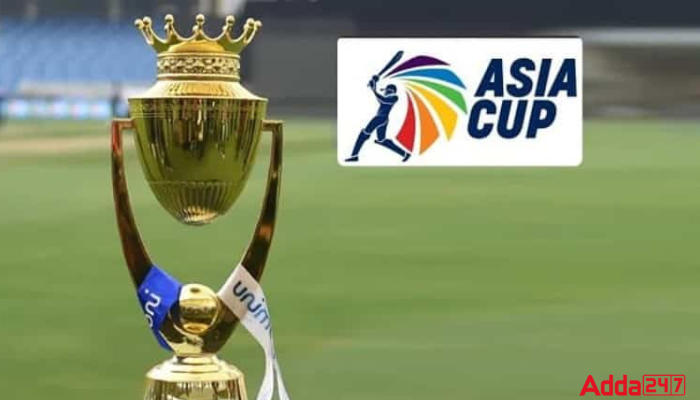 The Asia Cup 2022 tournament will be hosted in two venues. The matches will be played in the T20 format, and the featured six teams are divided into two groups. The two teams will play with each other once and the top two teams from both the groups will be advanced to Super 4s. In the Super 4s, the teams will again play with each other. Then the top two teams from the Super 4s will advance to the finals which are scheduled for 11th September 2022.

The host country for Asia Cup 2022 is United Arab Emirates (UAE). Before UAE, Sri Lanka was going to host Asia Cup 2022, however, due to the economic crisis of the country, it was shifted to UAE. UAE will host the tournament in two Venues that are mentioned below.

The India vs Pakistan match was scheduled on 28th August 2022 according to the Asia Cup 2022 schedule. The two teams have great potential and there are a lot of chances that these two teams can clash more than once in the Asia Cup. India won with 5 wickets against Pakistan in an intense match. Pakistan was all after making 147 runs in 20 overs. India chased 148 runs with a loss of 5 wickets.

Pakistan won the match against Hong Kong with 155 runs and left Hong Kong all out in 10.4 overs. Pakistan qualifies for the Super 4s with this match. Bangladesh and Hong Kong are now officially out of the Asia Cup 2022.

The Super 4 Stage of the Asia cup will start on 3rd September 2022 in Sharjah. The teams that qualified for the Super 4 stage are India, Pakistan, Afghanistan, and Sri Lanka. In Super 4s, these teams will against each other, and each team will be with the other three. The two teams that qualify for Super 4s will be advanced to Finals which are going to be held on 11th September 2022, at Dubai International Cricket Stadium.

Sri Lanka won Match 1 of the Super Four Asia Cup 2022 against Afghanistan by four wickets. Sri Lanka chased the target set by Afghanistan 175 runs in 20 overs. Sri Lanka made 179 runs in 19.1 overs with the loss of 6 wickets.

Today was the third match of the Asia Cup 2022 Super Four Stage between India and Sri Lanka. Sri Lanka won by 6 wickets against India.

Read All the Latest News and Matches Results of Asia Cup 2022 Below:

Asia Cup Highlights: Sri Lanka Beat Bangladesh to make it into the Super 4