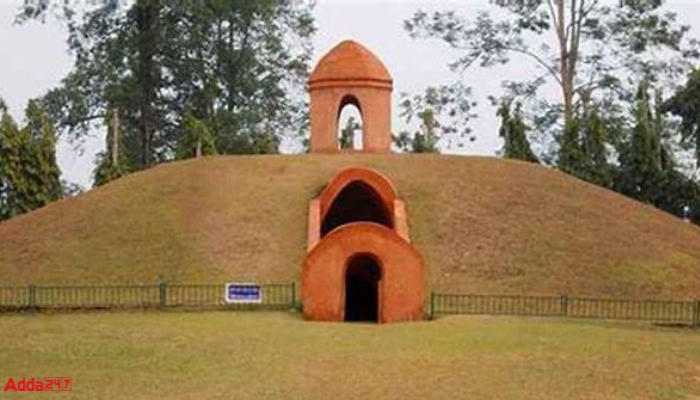 The Maidams of Ahom Kingdom in Charaideo if selected as a UNESCO World Heritage site will be the first World Heritage site under the category of cultural heritage in northeastern India. CM Himanta Biswa Sarma also informed that the nomination of the Charaideo maidams comes at the time when India is celebrating the 400th birth anniversary of Lachit Barphukan. Lachit Barphukan was the legendary general from the Ahom community who fought the Mughals in 1671.

The Charaideo Maidams represent the late medieval mound burial tradition of the Tai Ahom community in Assam. The Ahoms ruled Assam for more than 600 years. British took over Assam in 1826 ending the rule of Ahoms over the state. The Charaideo is situated more than 400 km east of Guwahati. It was the first capital of the Ahom dynasty and was founded by Chao Lung Siu-Ka-Pha in 1253.

Till now, 386 Maidams are explored and 90 royal burials at Charaideo are preserved. These burials are seen as a showpiece of the mound burial tradition of the Ahom community. After the 18th Century, Ahoms adopted the Hindu cremation method and began to entomb the cremated bones and ashes in a Maidam at Charaideo.