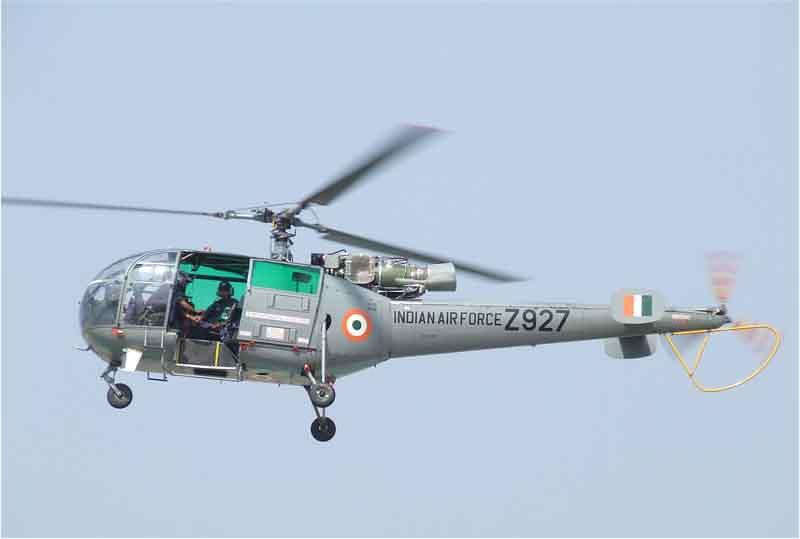 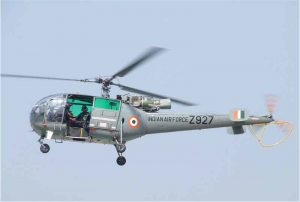 About the chetak helicopter:

The Chetak helicopter is the oldest operational flying machine with the Indian Air Force. It has been made by Hindustan Aeronautics Limited (HAL) under the licence agreement. The Chetak Helicopter was inducted into the Indian Air force in 1962.

A remarkable fly-past by 26 aircraft including Chetaks, Pilatus, Kirans, Hawks, Advanced Light Helicopters and a Light Combat Helicopters was an eye-catcher for everyone. The finale was a diamond formation flypast by eight Chetak helicopters, the machine which continues to render yeomen service across the length and breadth of the country. This magnificent machine still operates across all the terrains and is the basic training helicopter for pilots of the three Services.