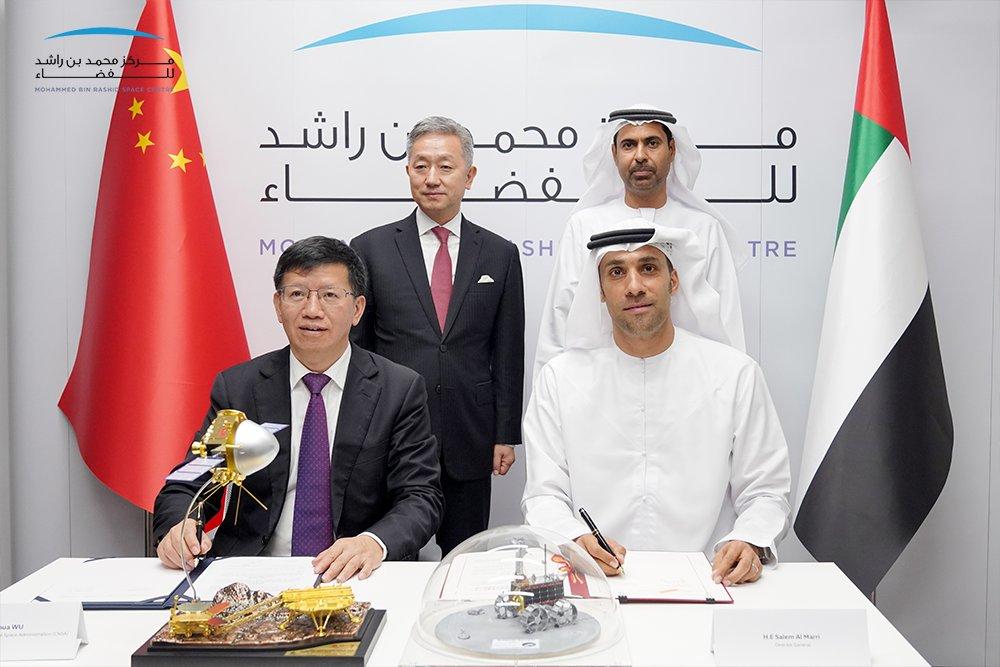 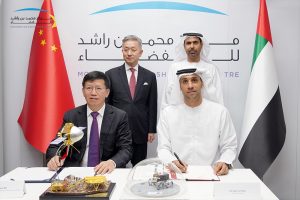 China and the United Arab Emirates (UAE) have agreed to join hands to help further the latter’s space ambitions. The Mohammed Bin Rashid Space Centre (MBRSC) of the UAE and the China National Space Agency (CNSA) have signed a memorandum of understanding (MoU) to work together on the UAE’s moon missions. The agreement marks the first joint space project between the two countries.

The UAE has been pushing to become an important space player. Its collaboration with China involves the “landing of an MBRSC rover aboard a CNSA lander.” Under the project, the UAE will develop a rover dubbed Rashid-2; China will help it with the landing, data transmission, observation, and control. MBRSC director-general Salem Humaid Al Marri and CNSA deputy director Wu Yanhua signed the MoU.

Why did UAE decide to collaborate with China?

China has been highly successful with its lunar missions. In the last decade, the country launched three successful lunar surface missions dubbed Change 3, Change 4, and Change 5. In 2020, Change 5 also brought samples back from Moon to Earth.

The UAE has been proactive in its space push. In 2020, it launched the Emirates Mars Mission, under which an orbiter named Hope was sent to Mars. As part of its lunar mission, the MBRSC’s Rashid rover will be delivered to Moon’s surface later this year aboard the HAKUTO-R lander—developed by Japanese company ispace. It is also developing a mission to the asteroid belt.