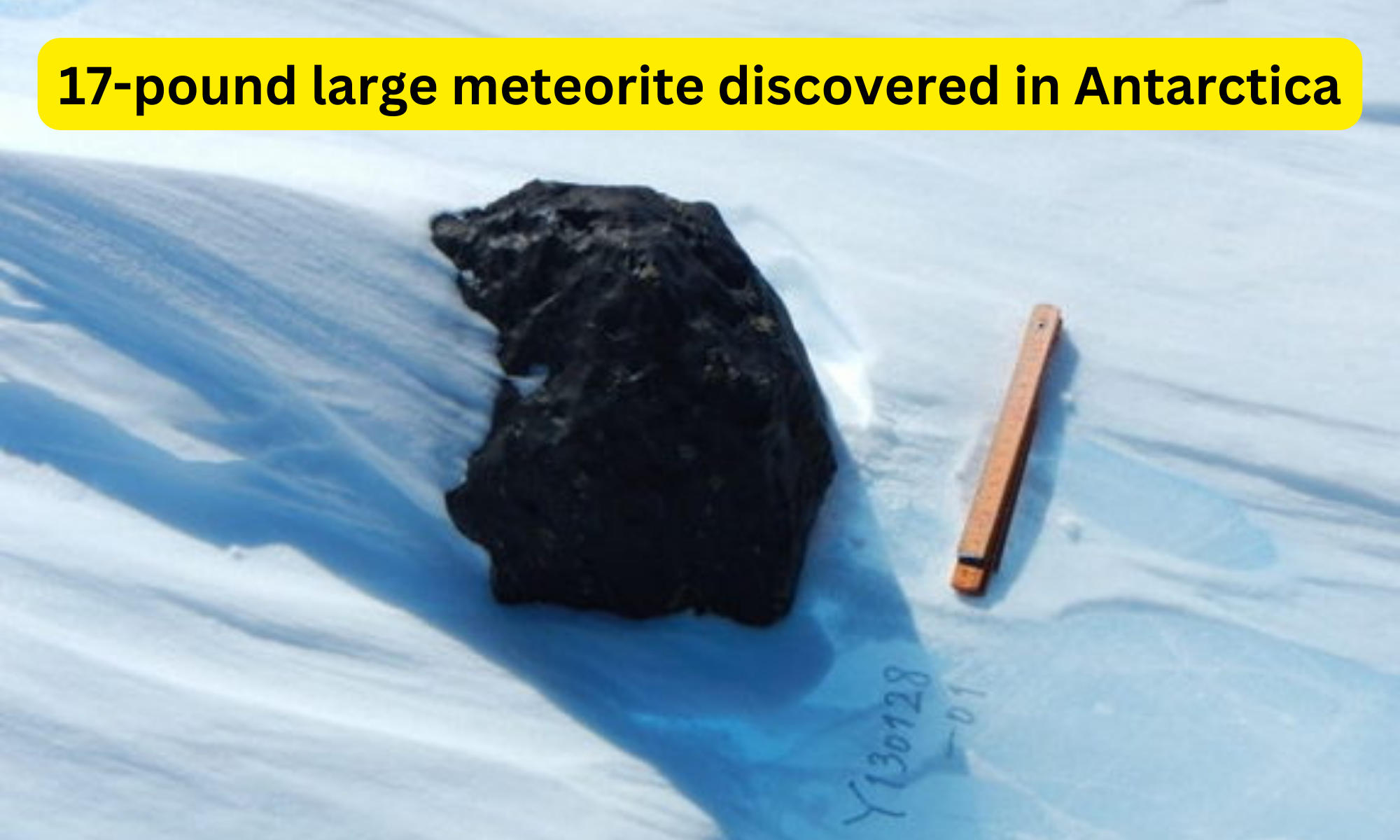 Maria Valdes and three other scientists came upon a 17-pound meteorite, which is heavier than the majority of bowling balls and pumpkins for Halloween, during an Antarctic mission in late December.

The Field Museum in Chicago, where Valdes works, released a statement saying that only one out of every 450 or so meteorites discovered on the icy continent are this huge or greater.

Due to their relative ease of detection on the vast ice plains, Antarctica is where the majority of space rocks are discovered. Even when meteorites sink into the ice, the glaciers churning below help to resurface the boulders on blue ice fields, making the black lumps stand out against the snowy-white environment.

What are the types of meteorites?

Antarctica is a difficult place to work due to its extreme temperature and harsh surroundings. It is, nonetheless, among the top locations in the world for meteorite hunting. This is partially due to Antarctica’s desert environment, which limits how much weathering the meteorites undergo. In addition to being dry, the environment is perfect for finding meteorites since the snowy plains make the black space rocks stand out sharply. The churning motion of the glaciers against the rock below helps re-expose the meteorites near the surface of the continent’s blue ice fields, even after they descend into the ice.