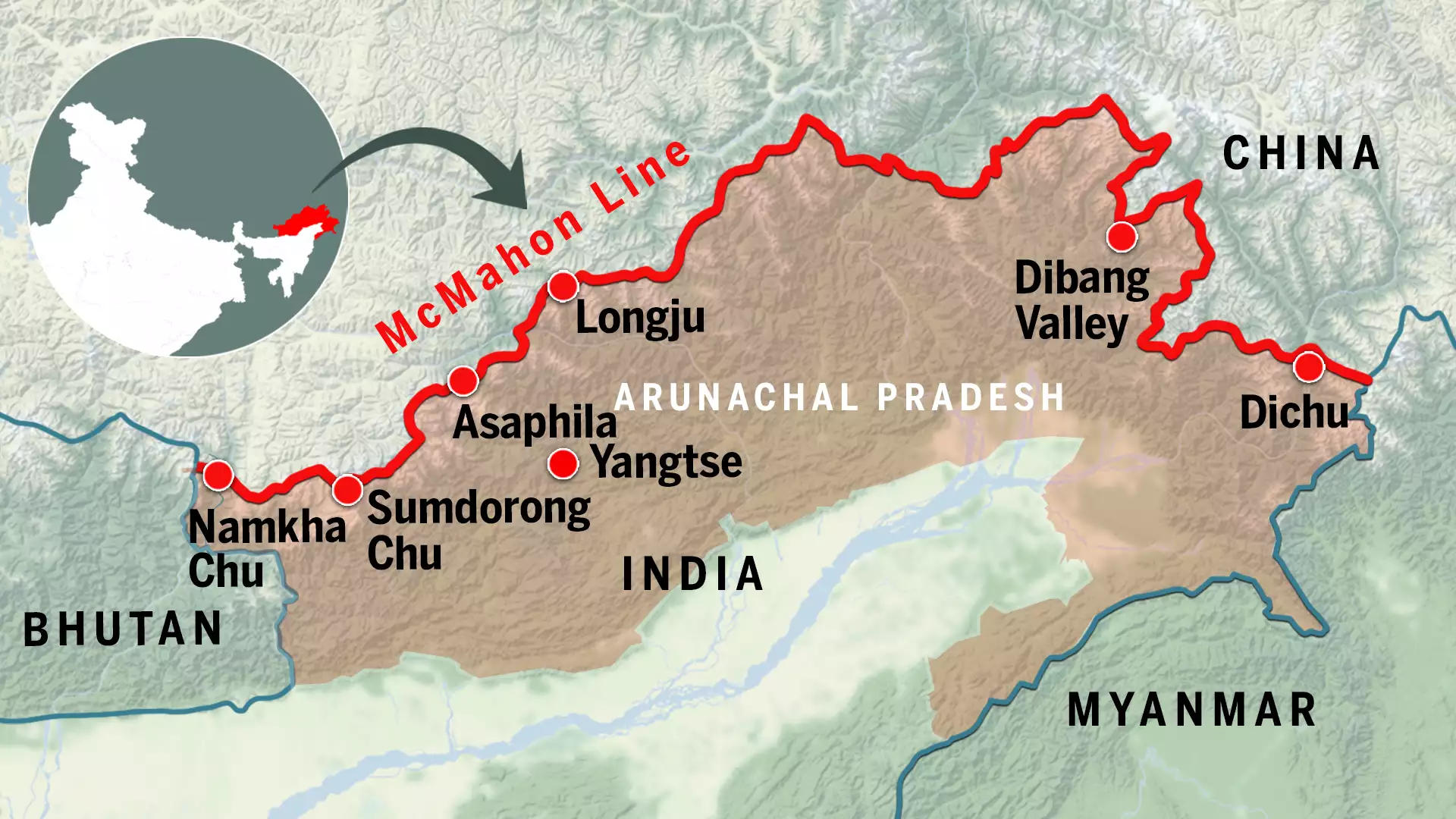 Indian and Chinese troops clashed along the Line of Actual Control (LAC) in the Tawang sector of Arunachal Pradesh on December 9 and the face-off resulted in “minor injuries to a few personnel from both sides”, the Indian Army said.

The clash near Yangtse along the LAC in the sensitive sector took place amid the over 30-month border standoff between the two sides in eastern Ladakh.

What The Indian Army Said:

“On December 9, PLA troops contacted the LAC in Tawang Sector which was contested by own (Indian) troops in a firm and resolute manner. This face-off led to minor injuries to few personnel from both sides,” the Army said in a statement. “Both sides immediately disengaged from the area. As a follow up of the incident, (Indian) commander in the area held a flag meeting with his cou­nt­erpart to discuss the issue in acc­ordance with structured mechanisms to restore peace and tranquillity.”

“In certain areas along the LAC in the Tawang sector there are areas of differing perception, wherein both sides patrol the area up to their claim lines. This has been the trend since 2006,” the Army said. It is learnt that the injuries on the Chinese side could be higher.

No Clarity of Skirmish:

The Army statement did not mention the number of troops involved in the face-off and those injured in the incident. The Army said there are areas of “differing perception” along the LAC in the Tawang sector.

A Period Of Build-Up:

It is the first major clash between the Indian and Chinese armies since August 2020 near Rinchen La in eastern Ladakh. Indian and Chinese troops were engaged in a brief face-off near Yangtse in October last year as well and it was resolved following talks between local commanders of the two sides as per established protocols.

The ties between India and China nosedived significantly following the fierce clash in the Galwan Valley in June 2020 that marked the most serious military conflict between the two sides in decades. Both sides gradually enhanced deployment by rushing in soldiers and heavy weaponry.

Following the Ladakh standoff, the Army significantly bolstered its operational capabilities along the LAC in the eastern theatre. The eastern theatre largely comprises the border areas along the LAC in Sikkim and Arunachal Pradesh and the frontier areas have a number of sensitive forward locations, including in the Tawang and North Sikkim sectors.

The Army put into place an effective surveillance apparatus and there has been a substantial improvement in overall monitoring of the areas in the last two years, military officials said.

India has been ramping up the development of infrastructure along the near 3,500-km LAC following the eastern Ladakh standoff that began on May 5, 2020.

About Line of Actual Control:

The term LAC, which was first coined by former Chinese premier Zhou Enlai in his 1959 letter to Jawaharlal Nehru, was accepted by India as late as 1991, followed by the agreement of Peace and Tranquility signed in 1993.

The current day LAC is quite close to the Chinese-claimed borders, which is a huge disadvantage to India. India has insisted that China must revert to physical locations held as of September 8, 1962, and that it should be held as the basis for delineation of the LAC, while negotiations can continue on final settlement of the border.

India-China have historical legacies to their border dispute. A unilateral war launched by China in 1962 and activities thereafter have led to mutual distrust. No success has been achieved even after 73 years of the People’s Republic of China assuming the current form of government either on LAC alignment or on the border issue.

The expansionist agenda of China has reached new crescendos with LAC incursions in Ladakh, which is also not getting resolved as Beijing is not agreeing to go back to April-May 2020 positions. The stance is similar wherein it did not go back to the September 8, 1962 positions for delineation of LAC. Only an empowered and capable India with a pragmatic approach can resolve the border issue with China.