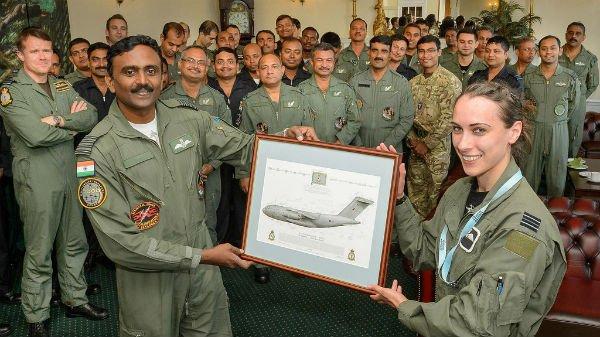 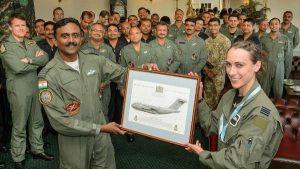 The 5th edition of the Exercise Indra Dhanush 2020 commenced on 24th February. It is a joint air force exercise between Indian Air Force (IAF) and British Royal Air Forces (RAF) has commenced at Air Force Station Hindan in Uttar Pradesh (UP).

‘Base Defence and Force Protection’ was the focus of this year exercise. 36 specialised combatants from RAF Regiment & 42 combatants of the GARUD Force from IAF team participated in this exercise with para drops from C-130J aircraft, tactical insertions by Mi-17 V5 helicopters and use of various airborne sensors.

During the exercise, both the elements of the air force will share and jointly validate strategies and tactics to tackle terror threats to their installations. Both the forces also to take up various missions including Airfield Seizure, Base Defence and anti-terror operations in Urban built-up zones.