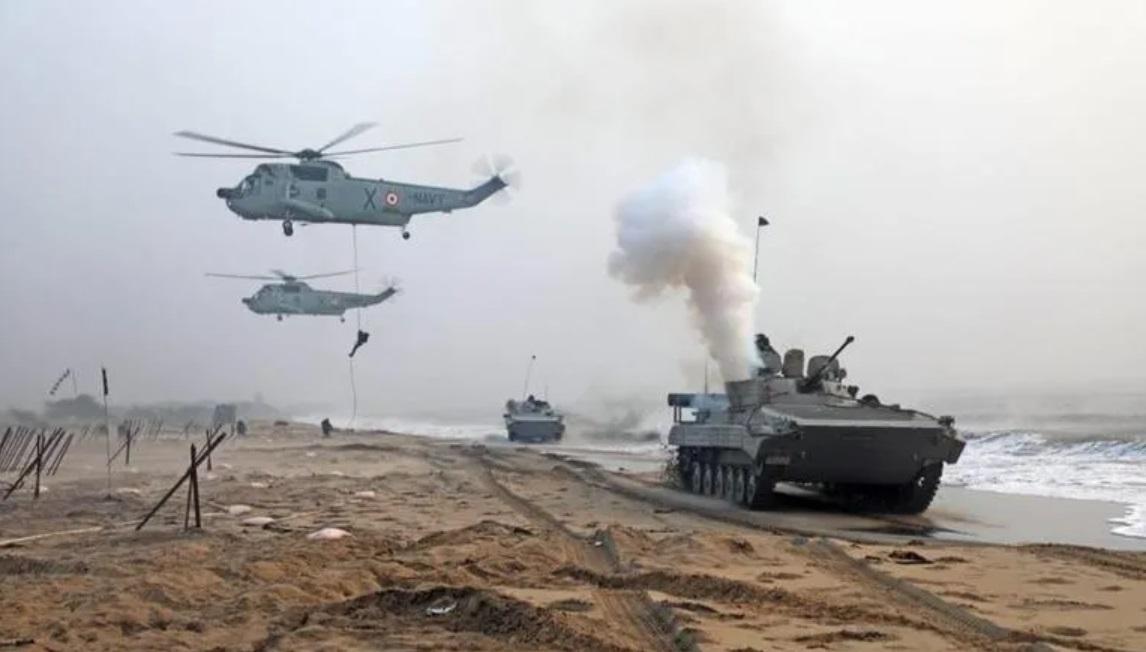 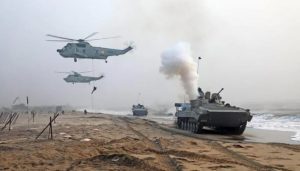 Indian Navy has carried out a six-day-long mega military exercise along with the Indian Army and the Indian Air Force near Kakinada in Andhra Pradesh. The “largest” biennial tri-services amphibious exercise AMPHEX 2023 was conducted from January 17 to 22. The exercise is to review the preparedness of the Indian Navy and the Army during the war, national calamities and coastal security enforcement. The exercise is being conducted near the Naval Enclave at Suryaraopeta village in Kakinada rural Mandal off Kakinada coast.

The exercise took place amid growing concerns over China’s increasing military forays into the Indian Ocean, a region considered as the backyard of the Indian Navy. The joint operations conducted during the exercise saw participation by a large number of troops from Indian Army, amphibious warships from Indian Navy and aircraft from the Indian Air Force.

About the Indian Navy

The Indian Navy is the maritime branch of the Indian Armed Forces. The President of India is the Supreme Commander of the Indian Navy. The Chief of Naval Staff, a four-star admiral, commands the navy. As a blue-water navy, it operates significantly in the Persian Gulf Region, the Horn of Africa, the Strait of Malacca, and routinely conducts anti-piracy operations and partners with other navies in the region. It also conducts routine two to three month-long deployments in the South and East China seas as well as the western Mediterranean sea simultaneously.