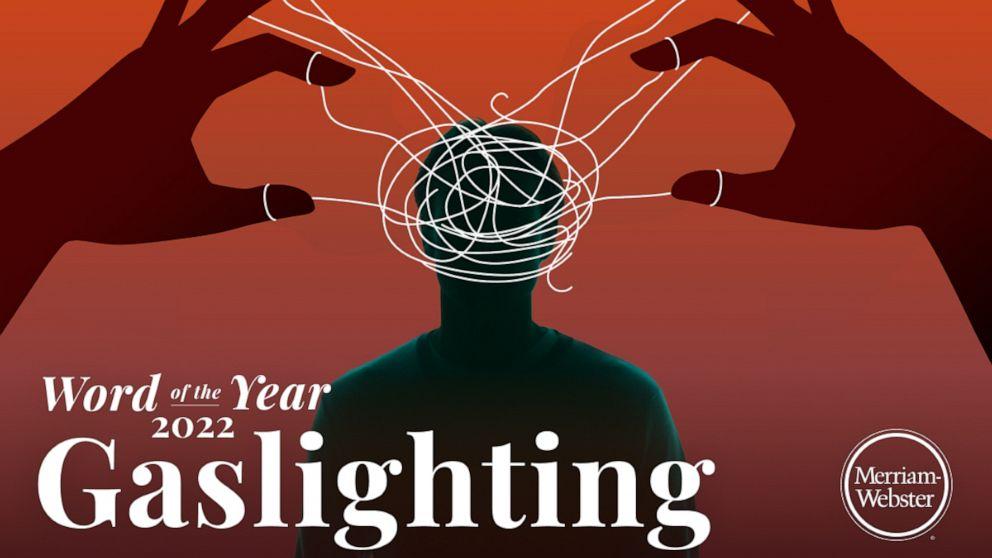 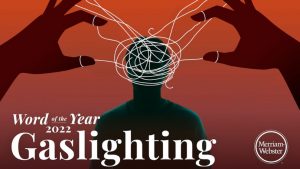 Merriam-Webster word of the year 2022:

The US dictionary publisher Merriam-Webster announced that their 2022 word of the year is “gaslighting” or as Merriam-Webster defines it, “the act or practice of grossly misleading someone especially for one’s own advantage.” Interest in the term was up by 1,740% over the previous years according to searches of the online dictionary. The term itself came into existence 80 years ago in 1938 through gas light, Gas Light is a play written by Patrick Hamilton. Two films were made on this play in the 1940s.

The top definition of “gaslighting” from Merriam-Webster is a form of psychological manipulation, usually over an extended period of time, that “causes the victim to question the validity of their own thoughts, perception of reality, or memories and typically leads to confusion, loss of confidence and self-esteem, uncertainty of one’s emotional or mental stability, and a dependency on the perpetrator.”

Others meaning of Gaslighting:

Which other words were people looking up in 2022?