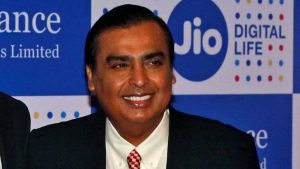 Top 3 in the Bloomberg Billionaires Index: