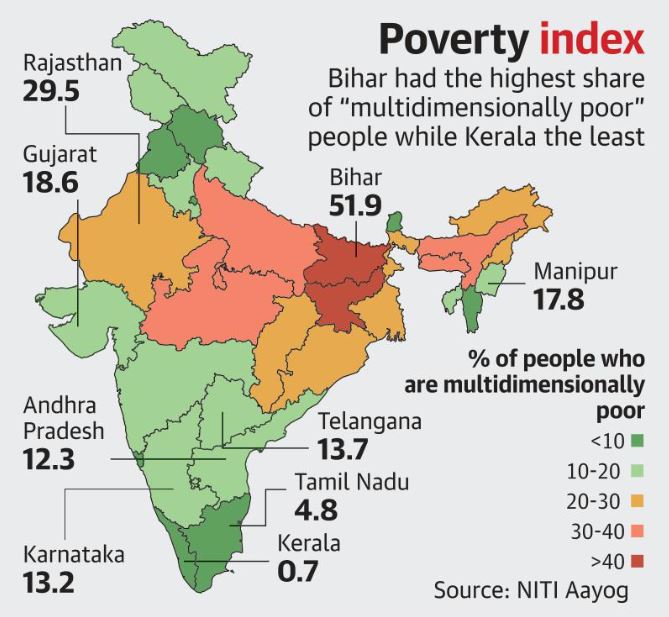 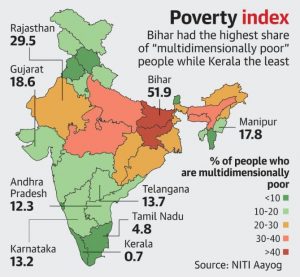 The government think tank Niti Aayog has released the first-ever Multi-dimensional Poverty Index (MPI) to measure poverty at the national, State/UT, and district levels. As per the inaugural index, Bihar has been adjudged as the state with the highest level of multidimensional poverty. 51.91 per cent of the state’s population are multidimensionally poor.

According to the Index: