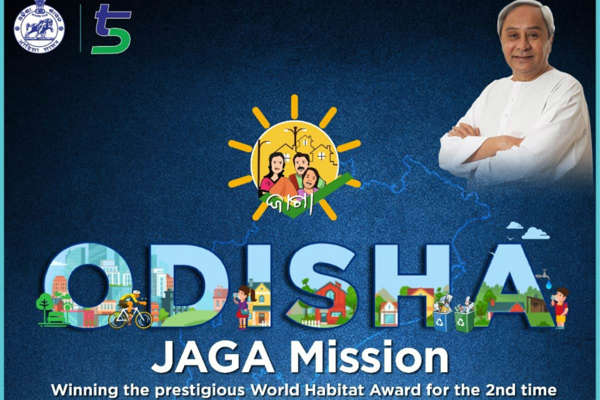 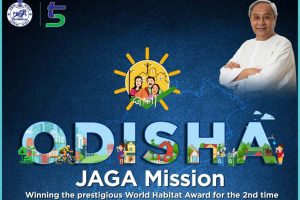 Odisha won the UN-Habitat’s World Habitat Awards 2023 for Jaga Mission, a 5T initiative of the state. The awards recognise and highlight innovative, outstanding and revolutionary housing ideas, projects and programmes from across the world. The Jaga mission is the land titling and slum upgrading program that aims at empowering the lives of slum dwellers.

About the Jaga Mission

Jaga mission is the world’s largest land titling and slum upgrading program which aims at empowering the lives of slum dwellers. Under the inspiring leadership of Chief Minister Naveen Patnaik, the Government of Odisha has set itself the ambitious target of becoming the first slum-free state in India and is leading the Jaga Mission programme to upgrade all of the state’s 2,919 slums. In the last 05 years of the initiative, 1,75,000 families have been granted land tenure security. 100% households in 2,724 slums have been provided with pipe water connections, 707 slums transformed fully into Liveable Habitats, 100% households in 666 slums have individual toilets, and 8 cities have become slum-free.

Notably: Earlier in 2019, Odisha’s Jaga mission had received World Habitat Awards for its success in providing land tenure security to the slum dwellers.