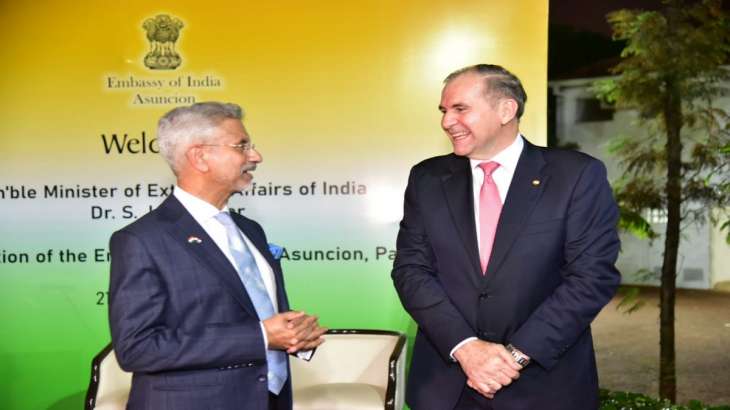 A Recent Outlook On The Indo-Prague Relation:

Earlier, Jaishankar, who was on his first-ever official visit to South America aimed at boosting overall bilateral ties with the region, is also the first Indian Foreign Minister to visit Paraguay, coinciding with the 60th anniversary of the establishment of diplomatic relations between the two countries.

The Indian Embassy in Paraguay began functioning from January this year. The establishment of a resident Indian Embassy will spur an expansion of the economic engagement between the two countries. Trade and investment will be the focus of the bilateral activities.