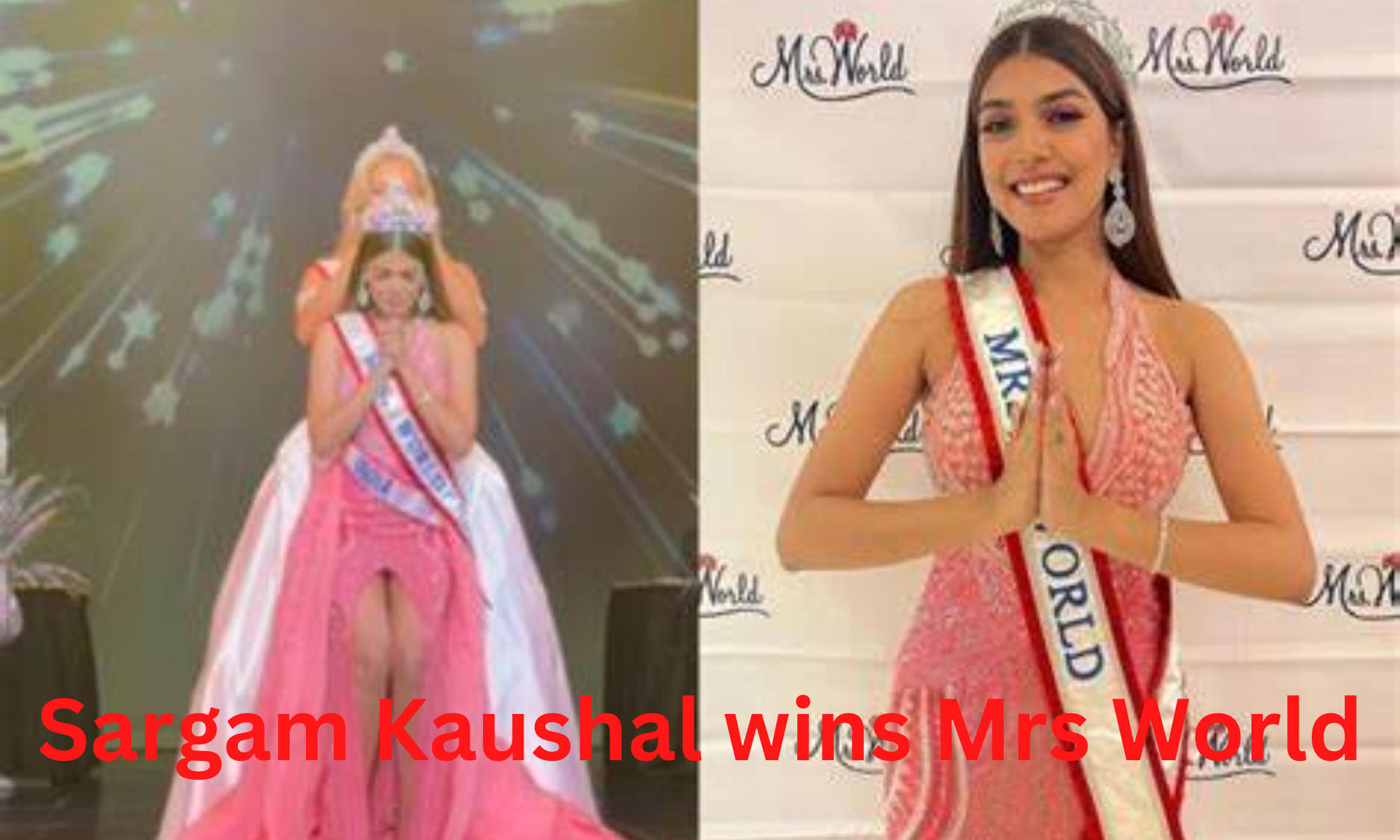 Mrs World 2022: Sargam Koushal created history as she finally won the Mrs World 2022 title after 21 years while competing for India in the pageant. The 32-year-old won the competition in Las Vegas after defeating competitors from 63 other nations.

● Sargam Koushal beat Mrs. Polynesia to win the title.
● The Jammu and Kashmir-born beauty queen previously worked as a teacher in Vizag.
● Her husband works for the Indian Navy.
● Koushal is shown beaming in photographs from her historic victory that were posted on the Mrs India pageant’s official Instagram account. “The long wait is over; the CROWN is returned after 21 years!” Check out the caption.