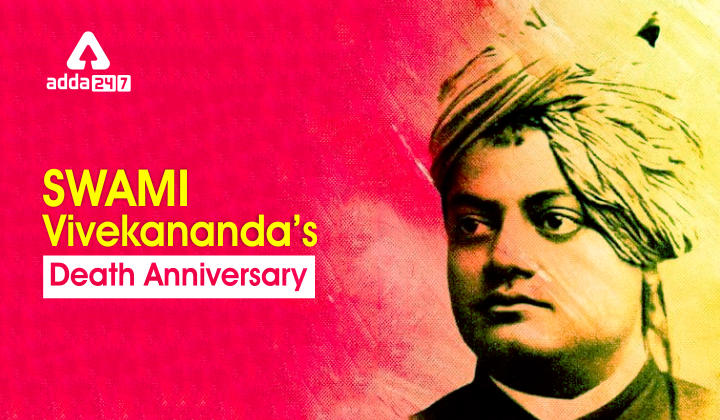 Swami Vivekananda: Impacts on the world

The death anniversary of Swami Vivekananda is observed on 4th July every year. Swami Vivekananda died on 4th July 1902. He was India’s greatest spiritual leader, and one of the finest intellects of India. He played a very important role in introducing the philosophies of Yoga and Vedanta to the West. Vivekananda is best known for his iconic speech at the world parliament of Religions in Chicago in 1893. He started his speech with a great impact by saying, “My brothers and sisters of America.” In the 19th century, Vivekananda was credited for raising awareness and encouraging Hinduism on global platforms. He is also known for his knowledge of science and religion.

Swami Vivekananda was born on 12th January 1863 in a Bengali family. His original name was Narendranath Datta. His father was Vishwanath Datta, he was an attorney at the Calcutta High court and his mother Bhubaneshwar Datta was a housewife. Vivekananda was interested in spirituality from a very young age and he would meditate in front of images of Hindu Gods and Goddesses. On Sunday, several political leaders and eminent personalities tweeted showered their tribute to Swami Vivekananda and his greatest spiritual contribution to India. Himanta Biswa Sarma Chief Minister of Assam tweeted, “The life, ideals, and teachings of Swami Vivekananda fascinated me right from my young days. I feel everyone should read about him to have peace and bring positive change in life. Paying homage to the great son of Bharat Mata on his Punyatithi.” Mamata Banerjee, Chief Minister of West Bengal also tweeted paying tribute to Swami Vivekananda, “On this day in 1902, Swami Vivekananda attained Mahasamadhi, we shall forever remain indebted to him for his teachings on individual freedom, social equality, and justice into the Indian ethos. His thoughts and Ideas are our guiding light, even today.” She wrote.

Swami Vivekananda was the chief disciple of Ramakrishna, the Indian Mystic, who is the greatest spiritual leader of India. After meeting Ramakrishna, he changed his original name Narendranath Datta to ‘Vivekananda”, which means ‘the bliss of discerning wisdom. He founded the Ramakrishna Mission at Belur Math by the river Ganga to mark his devotion to his spiritual teacher. At the age of 39, Swami Vivekananda died due to a blood vessel rupture in his brain in 1902.