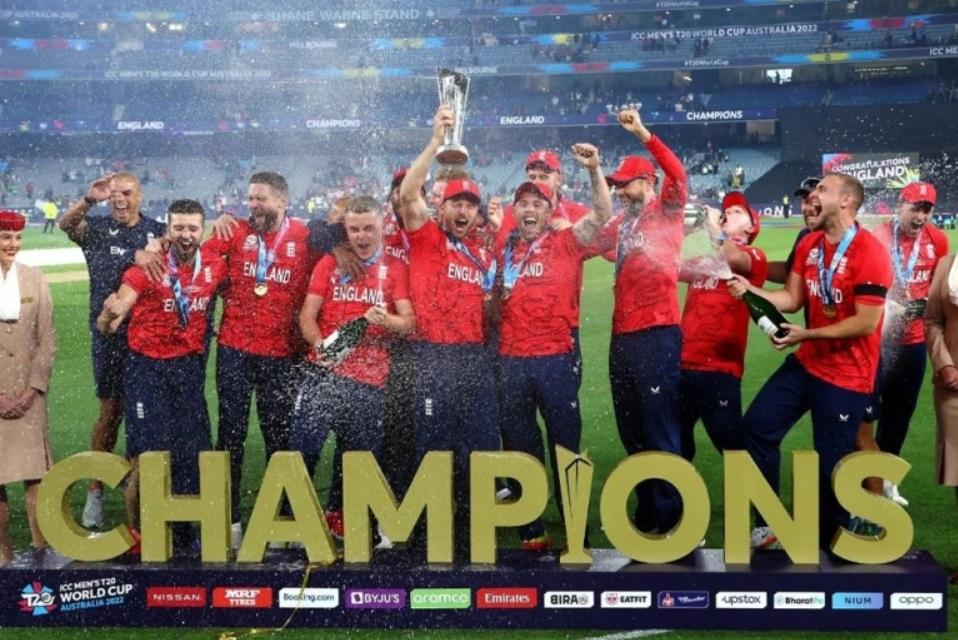 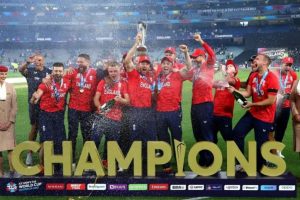 England were crowned the champions after they defeated Pakistan by 5 wickets in the final at the iconic Melbourne Cricket Ground (MCG), Australia. They are the first team to hold the ODI and T20 World Cups at the same time after their memorable win over New Zealand in the 2019 50-over final at Lord’s. England also emulated West Indies to become only the second team in the history of the competition to lift two titles in the T20 World Cup.

England were in the box-seat after captain Jos Buttler won the toss and elected to field first, restricting Pakistan to just 8-137. Ben Stokes used all his experience to score 52 from 49 balls just when his team needed it most as England chased down Pakistan’s meagre total of 137/8 with six deliveries remaining at the MCG.

Here are the Playing XI of both teams: